Home Latest News In His Own Words

In His Own Words 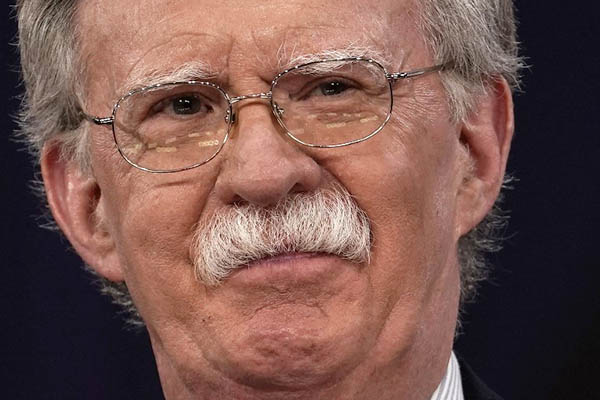 John Bolton, new U.S. national security adviser, is no stranger to public pronouncements of his views

John Bolton, the former U.S. ambassador to the U.N. named by President Donald Trump to serve as his new National Security Adviser, does not mince words. Here are some of the most notable quotes from the arch-conservative who is replacing General H.R. McMaster:

“It is perfectly legitimate for the United States to respond to the current ‘necessity’ posed by North Korea’s nuclear weapons by striking first.” – Feb. 28, 2018 op-ed in The Wall Street Journal

“We have a very limited amount of time left before #NorthKorea gains deliverable nuclear weapons. We’ve got to look at the very unattractive choice of using military force to deny them that capability.” – Jan. 10, 2018 tweet on @AmbJohnBolton

“The inescapable conclusion is that Iran will not negotiate away its nuclear program. Nor will sanctions block its building a broad and deep weapons infrastructure. The inconvenient truth is that only military action … can accomplish what is required. Such action should be combined with vigorous American support for Iran’s opposition, aimed at regime change in Tehran.” – March 26, 2015 op-ed piece in The New York Times

“There needs to be a strategic response to Russia’s new nuclear missiles to show our allies in Europe that we will not let #Russia push the U.S. or its allies around.” – March 2, 2018 tweet on @AmbJohnBolton

“Sanctions on Putin and his inner circle are symbolic but ultimately not effective. If you want to punish a country for behavior you don’t accept, you need punishing sanctions that are broad, not targeted, and they need to be enforced.” – March 5, 2018 tweet on @AmbJohnBolton

“There is no United Nations. There is an international community that occasionally can be led by the only real power left in the world and that’s the United States, when it suits our interests and when we can get others to go along … The Secretariat Building in New York has 38 stories. If you lost 10 stories today, it wouldn’t make a bit of difference. The United Nations is one of the most inefficient inter-governmental organizations going.” – Feb. 3, 1994 speech in New York