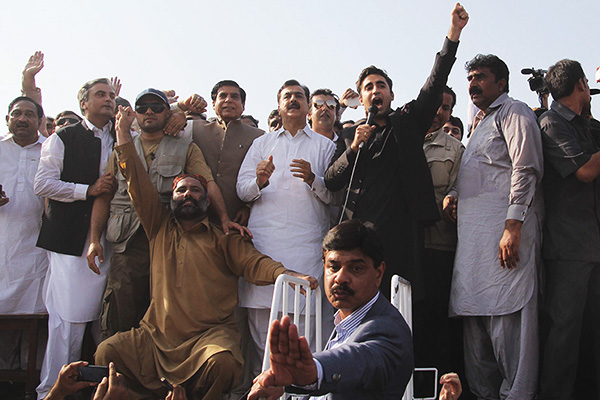 Bilawal Bhutto Zardari visited some flood-hit parts of the Punjab this month and got swept up in the excitement. Zardari, 26, spent the day wading through the floodwaters, delivering rations, and consoling the flood-affected. But what had been intended as a Shahbaz Sharif-esque, man-of-the-people extended photo-op soon became an international incident. “I will take back Kashmir, all of it, and I will not leave behind a single inch of it because like the other provinces it belongs to Pakistan!” he screamed at a rally that evening. Pakistanis were bewildered by the naiveté that the promising Zardari’s impossible claim conveyed. Kashmiris demanded to know how he could “take back” Kashmir when it belongs to neither Pakistan nor India. New Delhi said Zardari’s statement was “very immature and childish” and had set ties “back into the past century.” Zardari’s claim was uttered in Punjabi and was likely calculated. Since take-back-Kashmir sentiment has traditionally resonated with vote-rich Punjab, Zardari was signaling the start of his PPP’s long campaign to at least take back the Punjab.

please give kashmir away NOW

from a pakistani who lives in the UK, where most pakistanis are kashmiris