by AFP and Newsweek Pakistan November 9, 2013 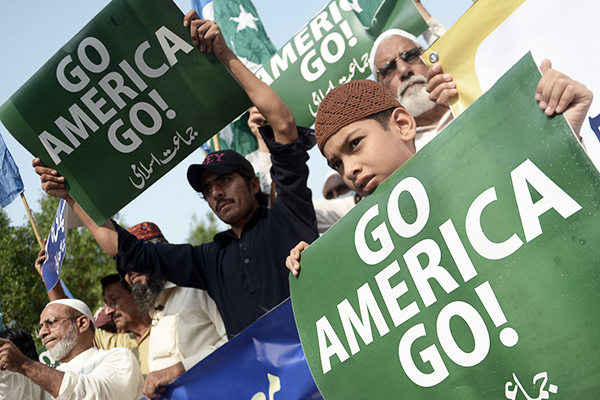 Khyber-Pakhtunkhwa government has also threatened to embargo all NATO traffic.

“The two trailers were on their way to Karachi when gunmen attacked them,” a local intelligence official also confirmed. The assailants managed to escape both scenes.

No group has claimed responsibility for the latest attacks, but the Taliban have in the past owned similar attacks on NATO convoys in Pakistan’s restive tribal parts, which Washington has branded the most dangerous place in the world.

Yesterday, the Jamaat-e-Islami party staged a protest in Peshawar and temporarily managed to stop NATO traffic. The provincial government of Khyber-Pakhtunkhwa, which includes Jamaat, has given the federal government until Nov. 20 to force the U.S. into stopping drone strikes or risk an embargo on all NATO traffic through the northwestern province.