In KP, Women Need Men to Shop in Bazaars 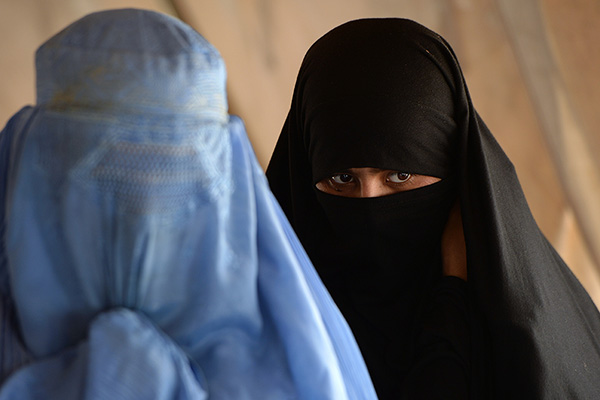 Tribal elders and Islamic clerics in northwest Pakistan have barred women from shopping in bazaars without a male relative, elders and an official said on Saturday.

The decision was taken on Friday in the Karak district of Khyber-Pakhtunkhwa province, which borders the restive tribal areas along the Afghan border.

“We have decided that women will not visit bazaars without a male relative,” said Maulana Mirzaqeem, a cleric and tribal elder. “Those who will visit markets without male relatives will be handed over to police,” he said.

“They spread vulgarity and spoil men’s fasting in Ramzan,” Mirzaqeem said, adding that the ban would be publicized using local mosques’ loudspeakers.

The decision had been taken due to the sanctity of the holy month, the cleric said—it is not clear whether it will be lifted after Ramzan.

A senior government official in Karak confirmed the move.

Taliban threats and social taboos have deprived millions of women of their rights in Pakistan. In most parts of the northwestern tribal areas women are confined to their homes and do not go shopping or work outside.

Wrong headline. It’s in Karak not in KP. The headline gives the impression that this law is enforced and imposed by KP govt.

Why can’t these mullahs just leave our womenfolk alone ?

Wow, my Widow mother and three sisters(no brother) could have never shopped in NWFP. I am an asthmatic patient but i guess my mother would not have been able to drive me to emergency even.I wonder why men in KPK need women for;breeding.The sad part is that even if a male relative accompanies yoou to bazar, you would still be ogled at.I shiver at thought that i was born and raised hust one state away.why then kids like Malala not shame these pseudo Islamic and neo Manafiq Taliban?