Home Opinion In the Dock 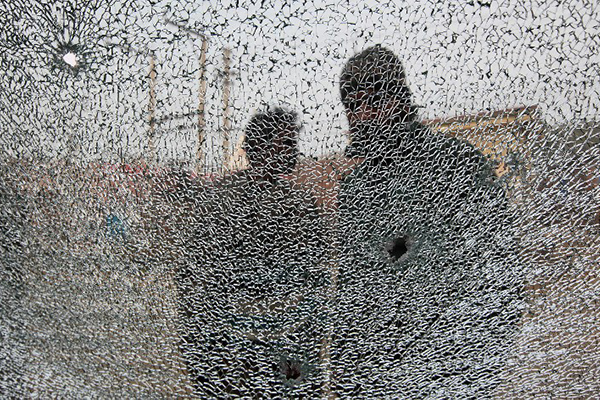 Military courts are a foregone conclusion. This makes debating them even more important.

The high-level meeting on Jan. 2, chaired by the prime minister and attended by all parliamentary parties, has decided to amend the Constitution to make way for setting up military courts. The Pakistan Peoples Party, which has a majority in the Senate and which appeared to resist the idea, gave in when its chairperson, former president Asif Ali Zardari, decided to support the government on the issue.

As the report in Dawn suggested, “The proposed amendment bill calls for amending Article 175 of the Constitution (Establishment and Jurisdiction of Courts) and the First Schedule of the Constitution, which contains laws exempted from operation of Article 8 (1) and (2)— clauses pertaining to fundamental rights.”

On Jan. 3, the law minister tabled in the National Assembly the 21st Constitutional Amendment Bill and the Pakistan Army (Amendment) Bill, 2015. Reports say a majority of MNAs present in the House agreed to the motions. The session has been adjourned until 4 p.m. on Jan. 5.

By the looks of it, the issue—which saw a lot of debate, ranging from informed to emotional and uninformed—has been settled in favor of those who argued for the military courts. But just because a majority has chosen a particular course of action is no reason for the minority to stop debating that course’s pros and especially cons.

Crucial in taking on the scourge of terrorism is the fact that we must make the friend-enemy distinction, a central tenet of what German jurist Carl Schmitt called the ‘political.’ There can also be no dilution of the resolve that we must win this war if we have to survive with the values we cherish. We then have to move to identifying the enemy and his resolve. This means, among other things, knowing the enemy. What makes him sustain this fight? How many losses is he prepared to take? What will break his will to fight? These basic questions are crucial to devise a comprehensive strategic, not merely tactical, response.

Sustaining a fight is about multiple factors, tangible and intangible. Money is important. Where does the terrorist get his money from? Recruits are crucial. Where does he recruit from and on what basis? Remember, this is a fight among the people; the enemy is within, not without. What are the motives and motivations of the terrorist’s leaders and foot soldiers? What will make him surrender—the killing of a leader, a dozen of them, a few hundred or thousands of foot soldiers? Winning needs knowing the key nodes and the center of gravity. What will degrade the enemy’s capability? If taking out the leaders will suffice, there would be no need to go for the foot soldiers. Once the leaders are gone, captured or killed, the enemy will be demoralized. The rest will be easy. But what if he is more resilient in tackling attrition?

If that is the case, and we have reason to believe that to be true, then merely killing the leaders and foot soldiers will not do. Instead, we will have to strike at and degrade what sustains him. I’d call that the strategy of dislocation: dislocate the enemy from the context that strengthens him. If it can be determined that the enemy we are faced with can take attrition and retain the capacity to mount attacks, then would merely killing more of his cadres suffice? Put another way, if we have not been able to stay the enemy’s hand despite inflicting, as reports suggest, heavy casualties on him in direct combat, how would hanging to death a few hundred degrade his capability?

To be clear, hang the terrorists by all means. The state must respond to the challenge. But, equally, we must clearly know the limitations of doing so. Since the tragedy in Peshawar, the debate has revolved around setting up military courts which reduces the complexity of this conflict to a single measure that somehow will be a panacea for it. I am sure the government is primed to do more than just set up military courts. I am prepared to be optimistic on that count. But if there is an elaborate strategy, it is not being reflected in what has reached us or how the debate has unfolded.

There are two levels to the debate about the military courts. In the first instance we have to determine whether we have reached a point where we need to create an ‘exception.’ The second step, if we have decided on the ‘exception,’ would be to work out its modalities. Creating an exception is, however, not just a function of referring to extraordinary circumstances. It’s not enough to say that because we face extraordinary circumstances, therefore, we need to take extraordinary measures. This is because, as the literature on exception indicates, the concept entails consequences increasingly to the point where much that started as exception has tended to become the norm. We need to understand what exception means.

Taking my cue from Giorgio Agamben’s work, there are two schools of thought on the concept of exception. The first argues that it is “an integral part of positive law because the necessity that grounds it is an autonomous source of law.” The second group understands the state of exception to be “essentially extrajuridical.”

As Stephen Humphreys argues, the “proponents [of the second group] argue that it is neither possible nor desirable to control executive action in times of emergency using standard judicial accountability mechanisms. A legal space must instead be opened for untrammeled state action, albeit only for the time it takes to restore the constitutional order.” Agamben rejects both approaches. As Humphreys says, for Agamben, “the state of exception is not a ‘state of law’ but a space without law, a ‘zone of anomie’ … Agamben concludes that the state of exception is therefore ‘a fictio iuris par excellence which claims to maintain the law in its very suspension,’ but produces instead a violence that has ‘shed every relation to law.’” In other words, while we might call it a single act of transgression, and also approve of it, we cannot argue the state of exception as something which can make the illicit licit because, in its essence, it is a legal fiction.

The second issue relates to the expression of the state of exception. Agamben’s argument already puts to rest the debate about whether we can, legally, denote law’s absence. The debate, however, has proceeded on the basis of what is the best ‘legal’ course of action to constrain the operation of law. Should we merely amend the Army Act or is it important to amend the Constitution itself?

Be that as it may, what is clear to me is this: an exception is a legal fiction no matter how one argues it. Once we have decided on it, we have to accept that the normal operation of law will cease to the extent of that exception. To that extent, also, we are talking about that which is not law. Whether this will work, given my earlier questions about understanding the enemy and dislocating him from the context that strengthens him, is anybody’s guess. Personally, I am not convinced.