Home Latest News In Their Words 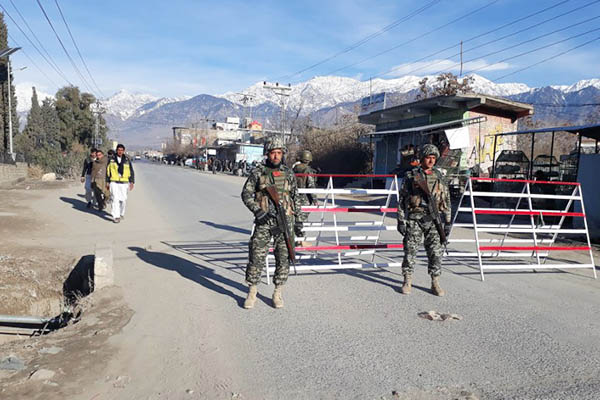 The Pakistani military said the captors of a U.S.-Canadian family abducted by the Taliban fled on foot after troops shot at their vehicle’s tyres, as it offered a fuller account on Friday of the operation to rescue the hostages.

American Caitlan Coleman and her Canadian husband Joshua Boyle, who were kidnapped while backpacking in Afghanistan in 2012 and had all three of their children in captivity, have left Pakistan after being freed, according to a U.S. official.

Pakistan, which has long been accused of having links to groups such as the notorious Taliban-affiliated Haqqani Network, has faced increased pressure from Washington to crack down on militant groups after it was lambasted by U.S. President Donald Trump in August. Trump has identified the captors as the Haqqanis, who were described as a “veritable arm” of Pakistani intelligence by a retired U.S. official.

The Army said it launched the rescue after a tip-off from U.S. intelligence that the family had been moved into Pakistan’s semi-autonomous tribal areas from across the border in Afghanistan. Residents in the tribal districts of Kurram, where the operation took place, and North Waziristan told AFP they had seen drones flying in the skies above them for several days before the operation.

Pakistan Army spokesman Maj.-Gen. Asif Ghafoor said Pakistan was told by U.S. intelligence at 4 p.m. on Wednesday that the hostages were on the move.

“We sent our troops, traced the vehicle on the basis of intelligence sharing by 1900 hours yesterday [Wednesday] and recovered the hostages,” he said in televised comments late Thursday.

Pakistani forces had planned to intercept the vehicle at a security checkpoint in Kurram tribal district, a security source told AFP—but the militants drove it off the road. Troops tried to stop the vehicle once it had traveled a few miles over the border. “But when the militants refused to halt, they shot out its tyres,” Ghafoor told AFP.

The militants “fled on foot,” leaving the family in the car, according to Ghafoor, who added that Pakistani soldiers had not wanted to risk injuring the hostages by firing on their fleeing captors.

Some unnamed U.S. and Canadian officials have cast doubt on Pakistan’s version, hinting in North American media that the recovery was more of a “negotiated handover.” A government source in Kabul told AFP they had informed the U.S. and Canadians the hostages had been transferred to Pakistan in 2015.

“It means Pakistan could have released them far earlier… But due to the tension with the U.S. they felt it was the right moment,” the source alleged.

A senior Taliban commander also denied the military’s account to AFP, saying the militants had released the hostages of their own volition.

Late Thursday a U.S. military official told AFP the couple was hesitating to board a U.S. military jet in Pakistan over Boyle’s concerns he could face American scrutiny over his previous marriage to the sister of a Guantanamo detainee. Canadian and U.S. officials have said Boyle is not being investigated. A second U.S. official confirmed the couple had left the country on condition of anonymity Friday afternoon, but gave no further details.