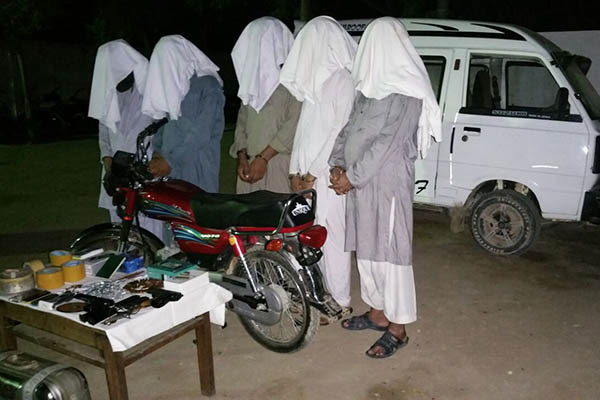 Security forces said Wednesday they had foiled a plot to bomb Independence Day celebrations in Karachi after arresting a Taliban gang in the city.

Militants had been planning to detonate a van loaded with explosives in the country’s largest city during Friday’s celebrations marking independence from Britain in 1947, a statement from the military said.

“In an intelligence-based operation security forces have… foiled a terrorist bid planned to sabotage Aug. 14 celebrations in Karachi,” the statement said.

The military released photos showing four men detained in the operation along with the van, a motorbike and bomb-making equipment.

Police and government paramilitary forces have been mounting an operation against militants and criminals in Karachi since September 2013. The city of 20 million people, Pakistan’s economic capital, has been racked in recent years by criminal, ethnic, political and religious violence.

In June last year the military launched a major operation against Taliban strongholds in Pakistan’s tribal northwest aimed at ending the bloody insurgency that has plagued the country for more than a decade.