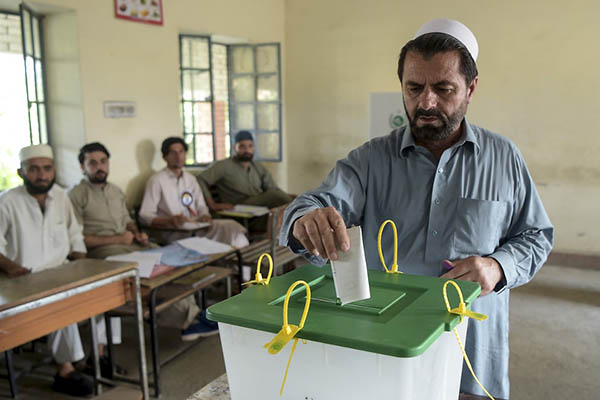 Election Commission of Pakistan’s unofficial results find 6 wins for independents, 5 for PTI and 5 for other parties

The Election Commission of Pakistan on Monday announced preliminary results for the inaugural provincial elections held in Pakistan’s tribal areas over the weekend.

According to the unofficial results, independent candidates secured six seats of the 16 being contested, while the ruling Pakistan Tehreek-e-Insaf won five. Of the remaining five seats, the Jamiat Ulema-e-Islam (Fazl) won three, while the Awami National Party and the Jamaat-e-Islami each secured one victory.

Under ECP rules, all independent candidates are required to align themselves with a political party within three days of being officially notified of their victory. If they opt not to, they are declared independent MPAs and are not considered part of any grouping.

JUIF also emerged victorious in PK-113 (South Waziristan I), with candidate Hafiz Aisam-ud-Din securing 10,356 votes out of 34,833 ballots counted. Muhammad Shoaib, JUIF candidate for PK-115 (Ex-Frontier Regions), won the polls with 18,102 votes out of 46,287 ballots counted. However, the runner-up, PTI’s Abdul Rehman, secured 18,028 votes, well within the margin for a recount.