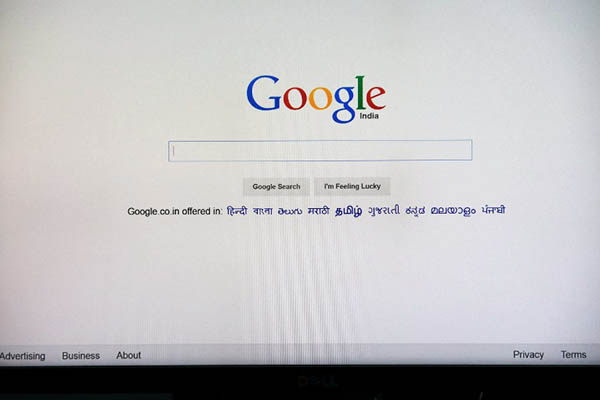 Regulator claims there is evidence the Internet giant favors its own products over those of rivals in search results.

India’s competition investigators have accused Google of abusing its market dominance in online searches in the country, deepening the U.S. Internet giant’s woes with governments around the world.

“The conduct of Google is found to be unfair and discriminatory,” the commission’s 714-page report seen by AFP said. “Google steers users to its own products and services, and produces biased results,” according to the report.

The commission, which has received but not publicly released the report, is yet to make a final ruling on the Internet giant. But the regulator, which declined to comment on Tuesday, has the power to impose multi-million dollar fines on companies found guilty of violating competition law.

Google said it was reviewing the report and cooperating with the commission’s ongoing investigation. But the company, which dominates searches of India’s 300 million Internet users, said it remained confident it complied with Indian competition law.

“Regulators and courts around the world, including in the U.S., Germany, Taiwan, Egypt and Brazil, have looked into and found no concerns on many of the issues raised in this report,” a Google spokesman said in a statement.

The report comes as Google faces an antitrust case in Europe where regulators are investigating allegations it cheated its rivals by distorting Internet search results in favor of its shopping service. Google, which has denied the allegations, faces a billion-euro fine if found at fault under E.U. antitrust rules.

Google has for years been the leader in Internet search and has turned advertising linked to those searches into a highly lucrative business. U.S. regulators concluded in 2013 there was not enough evidence to show the brand manipulated its search results to the detriment of competitors.

Complaints in India were lodged against Google in 2012 including by Bharat Matrimony, an online matrimonial site, and the nonprofit consumer protection group Consumer Unity and Trust Society.

Society director Udai Mehta said its complaint was aimed at trying to ensure online companies adhere to “competition principles” for the benefit of consumers. “One hopes that they will amend their ways to promote healthy practices after being hammered across the world,” Mehta added.