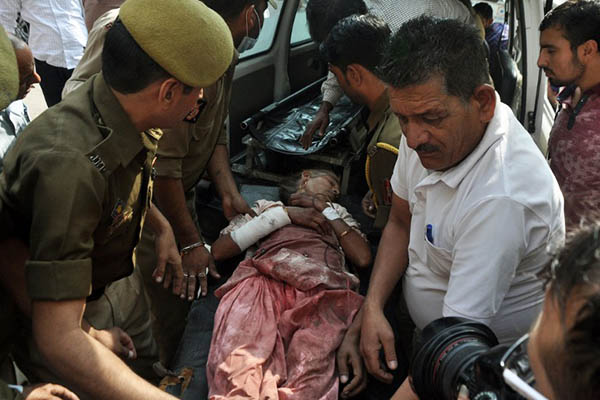 Hundreds of schools were ordered to close indefinitely in India-administered Kashmir on Wednesday after a flare-up in violence between Indian and Pakistani security forces in the disputed region left 14 civilians dead.

Authorities on the India-administered side said nearly 300 schools had been ordered to shut from Wednesday morning following the death of eight civilians in mortar shelling along the highly militarized border in the Jammu region of the state of Jammu and Kashmir.

Officials on the Pakistani side said around 25 schools would be closed in the Nakyal sector for the rest of the week due to shelling by Indian forces which had killed six civilians since Monday.

“Nearly 300 schools, both private and government-run have been asked to close down in Jammu, Samba and Kathua districts,” said Pawan Kotwal, a top official in the civilian administration in Jammu.

He said the border remained relatively calm overnight with only few incidents of cross-border firing reported in some areas.

The closures represent another blow to a beleaguered education system already hit by widespread closures in Srinagar, the main city of India-administered Kashmir, and arson attacks on schools.

Eight civilians, including two children, were killed on Tuesday when mortar shells hit two locations in Samba and Rajouri sectors. On Monday, Pakistani authorities said six civilians, including an 18-month-old girl, had been killed on its side of the border in firing by Indian security forces operating in Jammu.

Islamabad summoned a senior Indian diplomat to protest over the killings.

The closure order in the Jammu region comes at a time when teaching at many government and private schools in Srinagar and elsewhere in India-administered Kashmir remains severely disrupted. Although schools are officially open, many pupils and teachers have been unable to attend class for months because of a continuing shutdown called by separatist groups, which has hit public transport and businesses.

Since a popular separatist leader was shot dead by Indian forces in July, the region has suffered its deadliest violence for the last six years—with at least 90 people killed in street protests. Nearly 30 schools have been torched since July but there have yet to be any arrests for the arson attacks.

India and Pakistan’s armies have regularly exchanged fire across the Line of Control—the de facto border in Kashmir—as well as along the undisputed part of their border since a militant attack on an Indian army base on Sept. 18 left 19 soldiers dead.