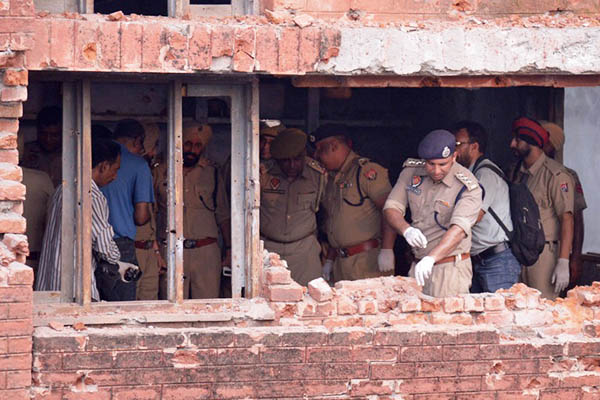 Rajnath Singh told parliament the three had crossed into Punjab state from the neighboring country before launching their assault, which led to a gun battle with police that nearly lasted 11 hours.

“The preliminary analysis of GPS data indicated that the terrorists had infiltrated from Pakistan,” Singh said in a statement that was drowned out by jeers from the opposition benches. “I also assure the House that the government will do everything possible to prevent cross-border terrorism aimed against India.”

Monday’s attack was the first to hit Punjab in more than a decade and shocked the nation, although similar incidents have occurred in neighboring Kashmir. It came weeks after Indian Prime Minister Narendra Modi and his Pakistani counterpart Nawaz Sharif spoke for about an hour during a summit in Russia.

Their meeting raised hopes of an improvement in perennially difficult relations, but was swiftly followed by a flare-up in violence along the de facto border in divided Kashmir.

India regularly accuses Pakistan’s army of providing covering fire for rebels who infiltrate across the border and then mount attacks in Indian Kashmir.

The opposition Congress party has blamed security loopholes for the latest assault, in which four police including a senior officer were killed. “Any effort by the enemies of our nation to undermine India’s territorial integrity and security, or imperil the safety and security of our citizens will meet an effective and forceful response from our security forces,” said Singh.