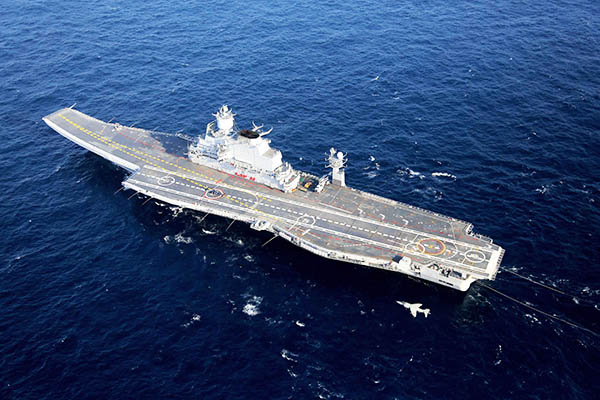 Adm. Dhowan is slated to retire in two years.

India appointed a new navy chief on Thursday, nearly two months after his predecessor was forced to quit over a submarine accident that killed two sailors off the Mumbai coast.

The government installed Adm. Robin K. Dhowan, 59, who has been acting in the job since the previous chief resigned over the submarine fire in February, the latest in a series of accidents to hit the navy. “He is a navigation and direction specialist who has served with distinction in an array of command(s),” said a statement announcing the appointment.

The submarine fire came six months after 18 sailors were killed when another fully armed submarine exploded in flames and sank in a military shipyard in Mumbai. The disaster was thought to be the navy’s worst since the sinking of a frigate by a Pakistani submarine during the war with its neighbor in 1971.

Dhowan takes over the top job at a critical time for the navy, which is attempting to upgrade its ageing mostly Russian-built fleet and is facing delays in the acquisition of new submarines. India has been stepping up efforts to guard its territorial waters especially against China, which has been expanding its reach into the Indian Ocean.

The Indian navy has 14 submarines, but only between seven and nine are operational at any one time because of regular repairs and refitting.

The Indian Express newspaper reported Thursday that Shekhar Sinha, a vice admiral who was overlooked for the top post in favor of Dhowan, could challenge his appointment in an Indian court. Dhowan is slated to retire in two years.