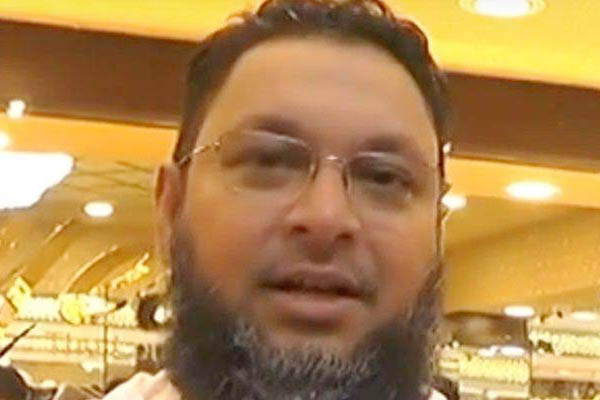 An influential businessman was arrested by Indian police on Friday over a half-billion dollar ponzi scheme that allegedly defrauded tens of thousands of mostly-Muslim investors.

Mohammed Mansoor Khan was detained at New Delhi airport upon his return from Dubai, where he had fled last month after winding up his scandal-hit company. Khan founded I Monetary Advisory (IMA) Group in Bangalore in 2006 and lured over 100,000 backers with promises of lucrative returns that kept to Islamic principles of finance. But in recent months nearly 50,000 investors complained that the company had failed to make payments, prompting an investigation by authorities in southern Karnataka state.

More than 20 people, including high-profile Karnataka state government officials, have been arrested after the alleged scam raked up $580 million. Investigators say the money was illegally diverted by Khan’s company, which officials said still owes investors about $200 million.

Two state politicians have been questioned by investigators, including one who Khan has alleged borrowed $50 million. The politician has denied the allegation.

A ponzi scheme is a fraudulent investment operation that pays out returns to investors based on inflows of money deposited by other savers, and is liable to collapse if receipts dry up.

Investigators said IMA had promised annual dividends of up to 30 percent. The company had said the fund would concentrate on gold, diamonds and real estate.

India does not recognize Islamic banking, which prohibits interest-based profits, but many private companies operate Sharia-compliant schemes—tapping into the country’s Muslim population of more than 170 million.

Ponzi schemes often target India’s army of poor who have no financial security and fall victim to frauds that siphon off their hard-earned savings.

Police are also investigating a $6 billion ponzi scam in West Bengal state, where nearly 1.5 million investors were defrauded by the Saradha Group, which collapsed in 2014.