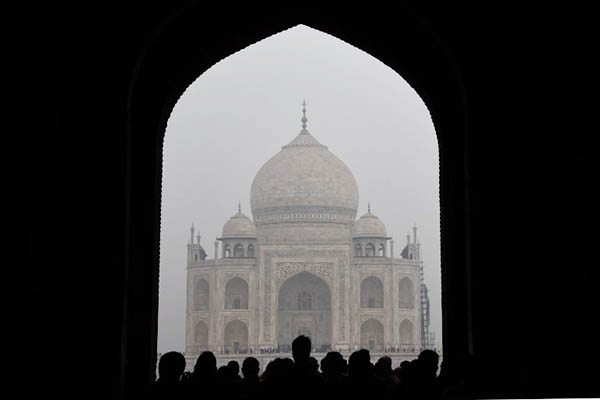 Police say they are responding to media reports and there have been no specific intelligence threats.

India has boosted security at the Taj Mahal after a pro-Islamic State group reportedly warned of attacks in the country and threatened the 17th century monument to love, police said on Friday.

Images published in local media showed a fighter in combat fatigues and black headgear at the Taj Mahal, India’s biggest tourist attraction, and the words “new target” as the backdrop. The U.S.-based Site Intelligence Group, which tracks jihadi activity, said the pro-I.S. Ahwaal Ummat Media Center had originally published the graphic on Telegram on Tuesday.

“There have been no specific intelligence inputs or any official alerts, but going by media reports we have stepped up security at the Taj,” senior police superintendent Preetender Singh told AFP on Friday. “Security drills are being carried out on a six-hourly basis instead of the usual daily drill.”

Members of the bomb disposal squad and Special Weapons and Tactics (SWAT) team have been deployed with additional personnel patrolling the Yamuna river which flows next to the Taj, he said.

India’s leaders say the I.S. group does not have influence in the country of over 1.2 billion people, which has a large but traditionally moderate Muslim population. There have been some reports of Indians going to fight for the group in Iraq and Syria, but the numbers are low relative to the size of the population.

Last week, police said an I.S. sympathizer accused in a train explosion that injured 10 people had been killed in a standoff as they tried to arrest him.

Singh said the nature of any threat remained unclear but police did not want to leave anything to chance. “Based on the inputs so far, we have beefed up the security and are fully prepared to handle any eventuality,” he said. “The Taj is in safe hands.”