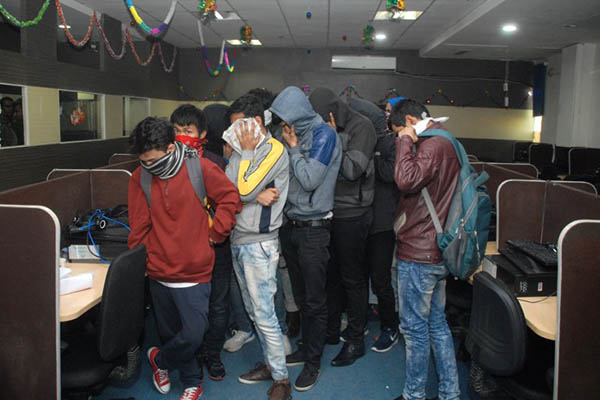 The suspects arrested in Noida outside Delhi would tell Americans there were problems with their social security numbers and solicit money to fix it, police said. Another scam was telling people they had committed tax offenses and that they had to pay to settle, Noida police official Ajay Pal Sharma said. “Your warrant is on my desk and if this issue is not resolved we will have to freeze your account and put you behind the bars,” one caller is heard to say in a recording made available. In Indian-accented English, he says that the man can either fight the U.S. Inland Revenue Service (IRS) in court and face a $75,000 fine as a “tax defrauder” or pay immediately an “out-of-court settlement.”

“Many responded to the call and fell for their trap,” Sharma said.

The local authorities have also contacted the U.S. Federal Bureau of Investigation and shared the details of the case.

The call center had been in operation for three years. Around 300 computers were seized.

Later in April 2017 they arrested the alleged mastermind of the racket, 24-year-old Sagar Thakkar, who was making more than $155,000 a day at the height of the scam.