Home Scope India, China Pull Back From the Brink

India, China Pull Back From the Brink 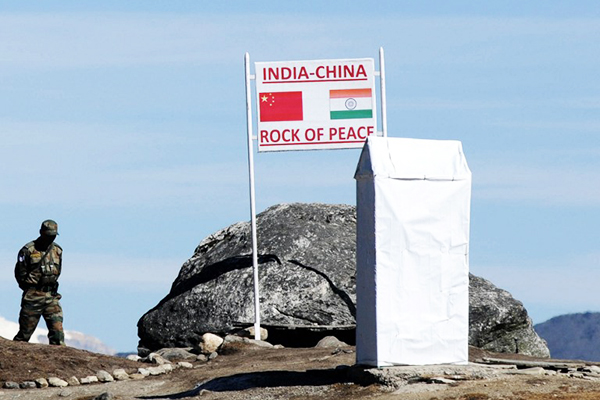 India and China began withdrawing troops on Monday from a disputed area of the Himalayas after settling a border dispute that had threatened to reverse a recent warming in ties.

More than three weeks after Chinese troops were reported to have set up a camp far inside a region claimed by India, senior officers from both sides reached an agreement for a joint pullback. “Both sides reached an agreement on Sunday night after a meeting was held between border commanders. We will withdraw our troops, and China will do the same,” a senior Indian Army official said on condition of anonymity.

Another Army source said around 50 Chinese soldiers had withdrawn from the Siachen glacier in the remote Ladakh region and pulled down their tents close to an Indian military airstrip. A source in the foreign ministry confirmed that the pullback had begun and said a statement would be made before Parliament later in the day.

News of the withdrawal came after India’s External Affairs Minister Salman Khurshid hinted that he could cancel a planned trip to Beijing this week if there was no settlement of the dispute. Foreign ministry spokesman Syed Akbaruddin confirmed on Monday that Khurshid would be traveling to Beijing as scheduled, on Thursday, where he would “discuss bilateral, regional, and global issues of concern” with Chinese counterparts. “The governments of India and China have agreed to restore status quo along the Line of Actual Control,” he said, adding that flag meetings were held to work out the modalities and to confirm the border arrangements.

The row had also cast a cloud over the buildup to a planned visit to New Delhi by Li Keqiang, China’s new prime minister, later this month. The Press Trust of India news agency quoted an unnamed Chinese official stating that the faceoff in Ladakh sector was resolved fruitfully and the issue at the border stood settled with larger bilateral interests in mind.

Khurshid said last month it was important to avoid “destroying” years of progress made between the neighbors, while India’s Prime Minister Manmohan Singh had also stressed his desire to avoid inflaming tensions. Relations between the neighbors have improved in recent years, but they are still dogged by mutual suspicion—a legacy of their 1962 border war.

While the Line of Actual Control—the informal border separating China and India—has never been formally demarcated, the countries have signed two accords to maintain peace in frontier areas. Small incursions of a few kilometers across the contested boundary are common, but it is rare for either country to set up camps in disputed territory.

The Indian media had been clamoring for the government to take a tough line toward China, saying its latest incursion represented a significant provocation.

Sujit Dutta, a professor at the Jamia Millia Islamia University in New Delhi who specializes in Indo-Chinese relations, said further such disputes were inevitable. “The latest standoff was more serious than the usual cross-border incidents. The present issue has been resolved but such disputes will flare up again,” Dutta said, adding that the new leadership in Beijing was making a concerted effort to challenge India’s territorial assertions. “India should not assume that the dispute has ended. The fact is that the dispute has reached another level at a time when the new Chinese leadership is determined to contest India’s territorial claims.”

Comments from both governments during the dispute have reflected a desire not to let it disrupt their booming trade. Officials in Beijing said both countries had the “capacity and wisdom” to defuse the row through “friendly consultation” but insisted their troops had not trespassed across the Line of Actual Control.