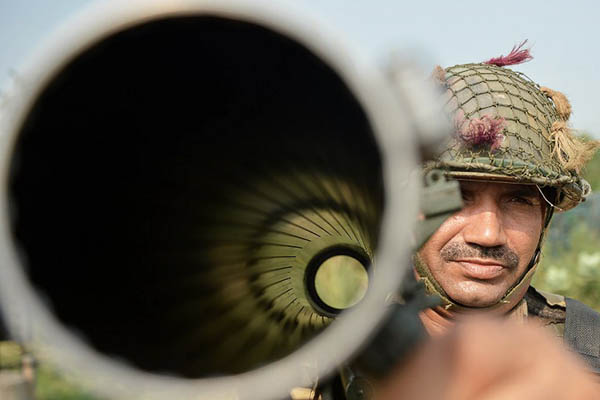 Indian border security forces on Friday claimed they shot dead seven Pakistani soldiers in retaliation to a ceasefire violation on the disputed Kashmir border, with Pakistan refuting the claims.

“During intermittent firing of small arms and area weapons one militant and seven Rangers were shot dead,” the BSF claimed in a press statement. BSF spokesman Shubhendu Bhardwaj told AFP that they had launched an “aggressive offensive” after one of their soldiers was critically injured by sniper fire from across the border. “There was an infiltration attempt and sniper fire. We retaliated. The bodies are on the other side of the border,” said Bhardwaj.

Pakistan Army spokesman Lieutenant General Asim Bajwa refuted the claim and accused India of unprovoked firing on the border. “Indian claim of hitting or killing any Pakistani soldier/Ranger with firing at anytime of today at LOC/ working boundary absolutely false,” Bajwa tweeted, referring to the Line of Control, the de facto border in the disputed territory.

A major attack on an Indian army base in Kashmir in September has led to an increase in tensions between the two rivals, with both armies reporting daily exchange of fire along the disputed border. Nineteen Indian army soldiers were killed in last month’s attack, which Delhi blamed on Pakistan-based militant groups.

India later said it launched what it termed “surgical strikes,” across the heavily militarized LoC, on “terrorist” targets several kilometers inside Pakistan-administered Kashmir. But Pakistan has refuted those claims.