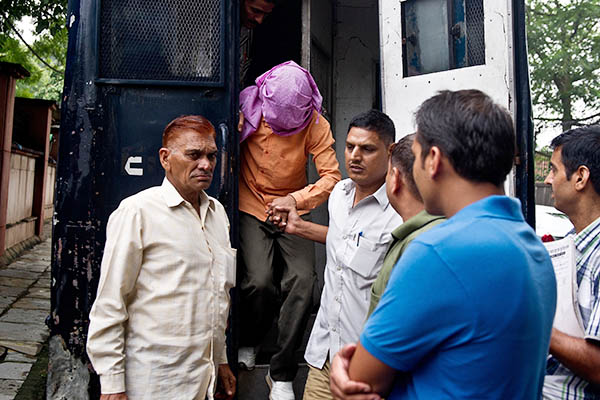 Verdict has been delayed due to pending petition demanding review of juvenile law.

India’s Supreme Court cleared the way Thursday for a juvenile court to hand down its verdict on a teenager charged over the fatal gang-rape of a student last December.

The juvenile court has delayed giving its verdict four times on the teenager, one of six originally accused of the deadly assault which shocked India and sparked weeks of protests, because of a legal challenge. But the Supreme Court said Thursday that the court should go ahead regardless of its hearing on a petition for a review of the juvenile law.

“The juvenile board can go ahead with its proceedings and pass orders accordingly,” Chief Justice P Sathasivam said.

Politician Subramanian Swamy, an opposition leader, has filed the petition in the Supreme Court arguing that suspects aged over 16 who are accused of serious offences should be tried in adult courts. The teenager was 17 at the time of the crime, which saw the 23-year-old victim die of internal injuries inflicted during the savage attack on a moving bus on Dec. 16.

The juvenile court is now expected to hand down its verdict at its next hearing on Aug. 31.

The attack generated widespread anger about endemic sex crime in India. Public outrage and protests pushed parliament to pass a new law toughening sentences for rapists, while a round of public soul-searching sought to explain the rising tide of violence against women.

The trial of the adult suspects—one of whom died in jail from a suspected suicide in March—continues in a separate court that has started hearing final arguments.

Swamy said he was “completely satisfied” with the judgment of the Supreme Court, which agreed to hear his petition into a review of the juvenile law in general, but not specifically on the juvenile’s case.

The juvenile, a runaway who reportedly left home aged 11, can be sent to a correctional facility for a maximum three-year term if found guilty. The term will take into account the time he has already spent in custody. The four remaining adults could face the death penalty if convicted.