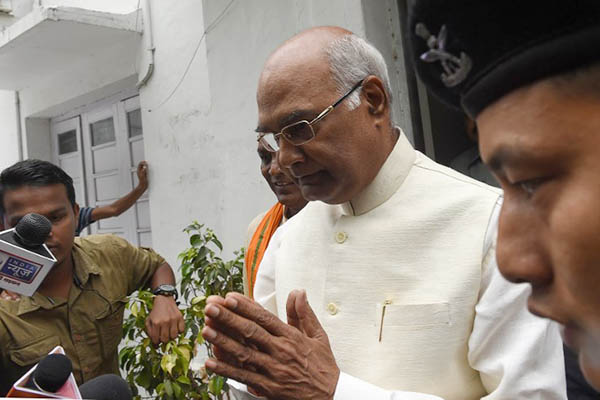 Ram Nath Kovind was elected India’s new president on Thursday, the second time since independence a head of state has been chosen from the bottom of the Hindu caste system.

Kovind won the largely ceremonial position with more than 65 percent of the vote by members of India’s parliament and state assemblies, the election commission said. The 71-year-old former lawyer and state governor from the marginalized Dalit community was nominated by Prime Minister Narendra Modi’s ruling party for post.

“Congratulations to Shri Ram Nath Kovind Ji on being elected the President of India! Best wishes for a fruitful and inspiring tenure,” Modi wrote on Twitter.

Analysts said the election of Kovind would help Modi tighten his grip on power and accrue political capital by sending an important message to the Dalits, a long-disdained electoral group once known as “untouchables.”

Dalits, who number around 200 million in the nation of 1.3 billion, are among India’s poorest communities and relegated to the margins of society. Despite legal protection, discrimination is rife and Dalits are routinely denied access to education and other advancement opportunities.

Modi had hailed the rise of Kovind, the son of a farmer and former Supreme Court lawyer, from “a humble background.” India’s prime minister wields executive power, but the president can send back some parliamentary bills for reconsideration and also plays a guiding role in the process of forming governments.