‘India May Have Doubled Its Uranium Enrichment Capacity’ 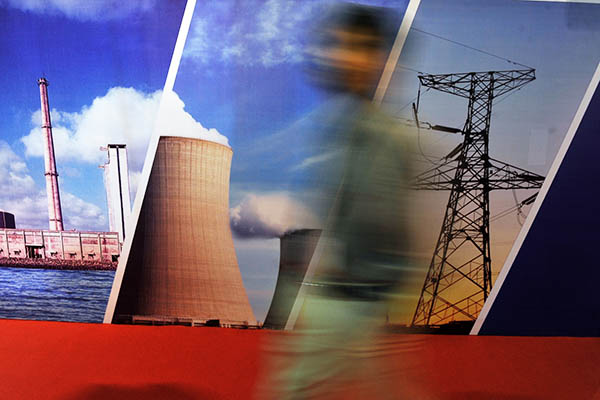 U.S. think tank warns that India could have doubled its enrichment capacity.

India has expanded a secretive site that could be used to enrich more uranium for nuclear weapons, a U.S. think tank said Wednesday, citing satellite imagery.

The Institute for Science and International Security, a private group opposed to nuclear proliferation, said that India appeared to be finishing a second gas centrifuge facility at its Rare Materials Plant near the southern city of Mysore.

“This new facility could significantly increase India’s ability to produce highly enriched uranium for military purposes, including more powerful nuclear weapons,” the institute said in a report that analyzed an image taken in April.

The institute said that India started building a second centrifuge plant near Mysore in 2010, but it was unclear whether it was a replacement for the first facility at the site or a supplement. If it is a new facility, “India could have more than doubled its enrichment capacity, if the original building continues to function as an enrichment plant,” it said.

India closely guards its nuclear sites and says little about them publicly. In the past, India has complained about footage of sensitive infrastructure taken by commercial satellite services such as Google Earth. Indian officials have reportedly said that highly enriched uranium from Mysore would fuel its new nuclear-powered submarines. India’s nuclear weapons program has traditionally been based on plutonium, not uranium.

India’s program is not subject to international restrictions or inspections as it is one of the few nations, along with Israel, North Korea, and Pakistan, to reject the Non-Proliferation Treaty, which New Delhi says is discriminatory.

International Community must take Notice to these Developments. As the world seeks to shrink global stockpiles of nuclear weapons, India continues to modernise its arsenal which increases Pakistan’s security dilemmas, compelling it to respond appropriately.

The acurately captures India’s offensive designs and hegemonic mindset. In fact, Indo-US nuclear cooperation is the driving force behind India’s nuclear expansion. The catch up role played by India vis-a-vis China would destabize the whole region and still the US wants to bring India into the non-proliferation fold and make it part of the export control regimes. Shame on the double standards and policies driven by commercial interests.

India has deceived International community on nuclear developments. Recently, in his speech to UN General Assembly Indian PM Manmohan Sing presented his global elimination of nukes. But secretly India is expending its uranium enrichment cites. It means all Indian statements about nukes control are fake with deception phenomena.