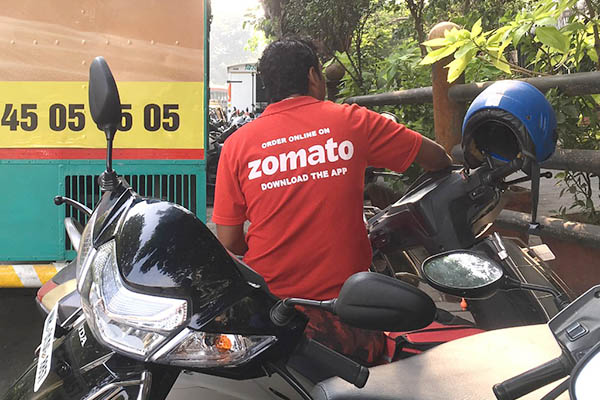 A Hindu man who rejected food delivery from a Muslim driver has been slapped with a ‘good behavior bond’ by Indian police, with officers saying he acted against the country’s constitution.

Controversy erupted when the customer in Madhya Pradesh state said on Twitter late Tuesday that he cancelled his order from Zomato because “a non-Hindu rider” arrived with his food.

Zomato—which like other delivery services has become wildly popular in Indian cities—hit back on its Twitter account on Wednesday, declaring: “Food doesn’t have a religion. It is a religion.”

The statement has been liked more than 80,000 times on Twitter.

Jabalpur police superintendent Amit Singh said the customer had been asked to pay a bond of 100,000 rupees ($1,450). “If he repeats any such action within the next six months, he could face jail or lose his bond money,” Singh told AFP.

His behavior “goes against the constitution and creates discord between communities,” he added.

Indian authorities can act against individuals under the Code of Criminal Procedure for different reasons including when they think a person could sow public discord with their actions. India is a secular state with a strong emphasis on equality and fraternity in its constitution.

Zomato founder Deepinder Goyal followed up the Twitter rebuke by reaffirming the company’s religious equality policy. “We aren’t sorry to lose any business that comes in the way of our values,” he said.

The company won support from rival Uber Eats and politicians such as 73-year-old former finance minister P. Chidambaram who said the debate had inspired him to try home delivery food.

The uproar comes amid growing religious sensitivities, with Prime Minister Narendra Modi accused of pushing a hardline Hindu agenda since he came to power in 2014. The Zomato driver, named only as Faiyaz, told Press Trust of India news agency that the incident had “hurt” him.