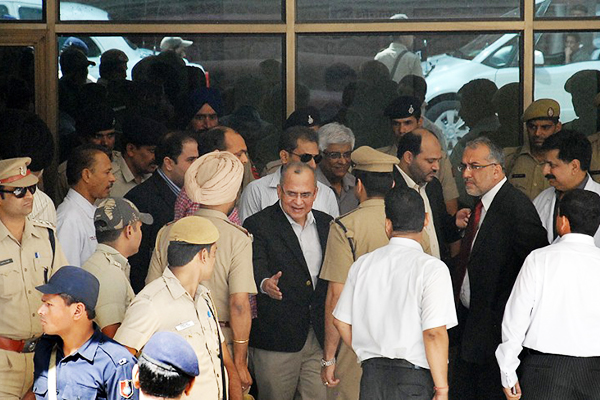 Pakistan’s high commissioner to New Delhi, Salman Bashir, was scheduled on Monday to visit Sanaullah Ranjay, the Pakistani prisoner assaulted in an Indian jail in Jammu now fighting for his life in a Chandigarh hospital.

Ranjay, convicted on murder charges, suffered multiple head injuries in a prison in Jammu in India-administered Kashmir on May 3. Ranjay, who hails from Sialkot, was attacked by a prisoner identified as a former Indian Army soldier. The attack happened nearly 24 hours after the death of Sarabjit Singh, an Indian convicted on terrorism charges in Pakistan, from a fatal assault in a Lahore jail. The attack on Ranjay was in apparent retaliation for Singh, who was cremated with state honors in his native village in northwestern India where hundreds of protesters shouted slogans against Pakistan as they gathered to pay their tributes.

“The Pakistani High Commissioner, Salman Bashir, is visiting the hospital where Ranjay is being treated. He wanted to get a medical update,” said Manzoor Ali Memon, press officer at the Pakistan High Commission. He said the embassy is also making travel arrangements for Ranjay’s family in Pakistan to cross the border and visit him in hospital.

A spokeswoman for the government hospital in Chandigarh said Ranjay was in the intensive-care unit and on a ventilator as his condition “continues to remain critical.”

According to the Indian government, 535 Indian prisoners, including 483 fishermen, are in Pakistani jails, while 272 Pakistani prisoners are behind bars in India. The prison violence could aggravate tensions between Pakistan and India whose relations were hit by a border flare-up earlier this year.

Pakistani Envoy to India Sees ‘Light at the...

we should take every step to stop this barbarism, there should be separate cells for foreigners.Alas our false policies