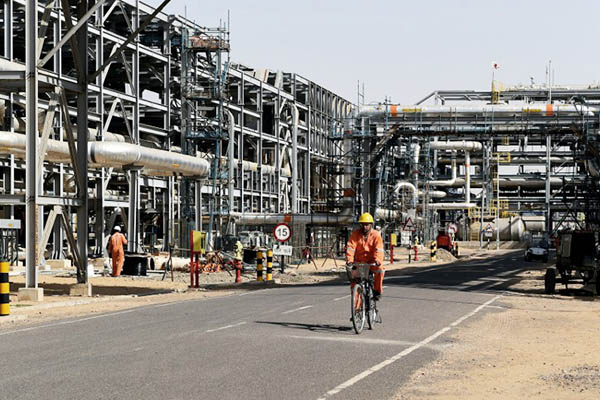 The deserts of Rajasthan may be the showcase for India’s solar revolution but the oil explorer that struck gold beneath the same sands insists the country needs to pump out more fossil fuels to wean itself off imports.

Ahead of this month’s climate negotiations in Paris, India sought to deflect criticism by pointing to the solar panels and wind turbines sprouting across the sparsely populated princely state. Yet deep in the desert, and less well-publicized, are four oil fields operated by an offshoot of Scotland-based Cairn Energy that churn out nearly a quarter of all domestic crude.

Each day the world’s longest heated pipeline funnels 176,000 barrels from the remote Barmer region near the Pakistan border, bound for the refineries of Reliance Industries, Essar Oil and Indian Oil Corporation. Exploration continues apace, with less than half the state’s 150,000 square kilometers thought to contain crude deposits developed so far, and millions more barrels likely still trapped in the rock.

Oil magnates echo Prime Minister Narendra Modi’s insistence that the world’s third-biggest carbon-emitter must keep polluting to power its way out of poverty. “We would all like solar power and clean energy, but the reality is today you need all kinds of energy—you need clean energy, you need fossil fuels,” Cairn India’s chief executive Mayank Ashar told reporters on a site visit. “A country like India can either make the fossil fuels, or it can import it. And making it is a lot better.”

India already imports three quarters of its oil and as its fast-growing economy sucks up more and more fuel, the International Energy Agency (IEA) projects this will rise above 90 percent. Its few domestic fields like Barmer and Bombay High off the coast of Mumbai go only a short way to countering its import dependence.

“When it comes to oil and gas we have a strategic vulnerability,” Ashar said.

The discovery of oil in a region so harsh it was once considered a punishment posting for civil servants was hard won. Shell, which first got the license to explore Barmer in 1995, had given up after several wells came up dry, but its maverick geologist Mike Watts, who was convinced it held potential, moved to Cairn and kept searching.

But Cairn regrouped and in the decade that followed impoverished Barmer, whose farmers were once wholly at the mercy of sporadic rainfall, became a bustling oil town. “This is changing the lives of the people in the desert,” Deepak Upreti, principal secretary to the Rajasthan government, told AFP.

More than a dozen luxury hotels have sprung up to cater to oil executives. Local businesses set up to serve the industry have generated a market worth 15 billion rupees in procurement. Yet it sits somewhat uneasily with Rajasthan’s status as the biggest solar-producing state—seeking to install 25,000 megawatts of India’s ambitious target for 100,000 MW of solar energy capacity by 2022.

In Paris, Modi launched a 121-nation alliance committed to dramatically boosting solar power and acknowledged “the energy sources of the industrial age have put our planet in peril.” But he argued that rich nations have no right to stop the poor from using fossil fuels such as coal and oil, blamed for warming the planet.

Upreti said Rajasthan needed to harness all energy sources and that fossil fuels and renewables would “go hand in hand.”

With the price of Brent crude crashing to an 11-year low of $36 a barrel from above $100 18 months ago, worries over India’s imports bill have eased. But when prices rise again—they are likely to start recovering in 2017, according to the IEA—the pain will be acute.

Experts say potential for undiscovered native reserves of oil and gas is limited, while instability in Middle East supplier countries is a concern.

New Delhi has been pushing to take advantage of cheap oil to invest in assets abroad, with two state-run firms reportedly in talks to take a stake in a Siberian oil asset.

Cairn’s Rajasthan fields are expected to keep producing until about 2050 by which time India will be the most populous nation in the world and, projections suggest, its third-largest economy. “We know the region is deficient in resources,” Ajay Gondane, a senior foreign ministry official told a recent energy conference in Delhi. “But there is a lot of potential that is not utilized. Realizing that potential is the challenge.”