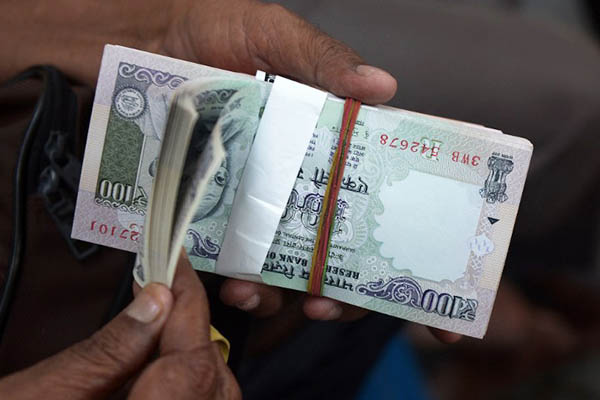 The rightwing Bharatiya Janata Party, which took power in May, had accused the previous Congress government of failing to get tough on the issue that has become a political lightning rod. The government filed an affidavit in the Supreme Court on Monday naming seven businesspeople, men and women, including Pradip Burman—a former director of the well-known Dabur food group—for allegedly hiding money abroad, along with a Goa mining company, Timblo Private Ltd.

The government has been under pressure to identify offenders following petitions from activists including prominent lawyer Subramanian Swamy, who has waged an aggressive campaign to prosecute wealthy people with undeclared funds offshore. The government said in its affidavit it was “committed to disclose the names of persons holding illegal money … following due process of law.”

“Names are gradually being declared. Today is the beginning of the end for those who illegally stashed money abroad,” Patra told reporters.

Lawyer Swamy said he did not understand why the government had not disclosed the identities of all alleged offenders. “I do not see any legal issues in releasing all 700 names,” he told CNN-IBN television network.

Indian rumor mills have been in overdrive about who may be on the government’s so-called “black money list.” In 2011 French authorities informed India of around 700 Indians with Swiss accounts. The information came from a data leak by a bank employee. Other funds are believed to be stashed in tax havens such as Lichtenstein.

The Indian government said Monday that Swiss authorities had agreed to “provide information” to help India investigate leaked accounts after earlier saying such assistance would break Swiss law. The political importance attached to the issue was underscored when, a day after taking office, Prime Minister Narendra Modi set up a team of regulators and ex-judges to identify illicit fund-holders and repatriate money.

The BJP, while campaigning, had vowed to “bring back black money within 100 days” of being elected. But it has found obtaining details about account-holders from foreign nations difficult due to financial confidentiality issues. The latest names had been revealed because “prosecution has been launched under the income tax law,” the government said.

The Dabur group said in a statement that Burman opened his “legally allowed” foreign account while he was a non-resident Indian. Another person named in Monday’s affidavit, Pankaj Chimanlal Lodhiya, chairman of western Indian jewelry-and-real estate firm Shreeji Trading, told reporters he had complied with tax laws and had no foreign account.

One other person named, Goan mine operator Radha Timbola, said, “We want to see the affidavit” before commenting. Timbola and four other company directors belonging to the family owning the mining firm were named in the 10-page affidavit.