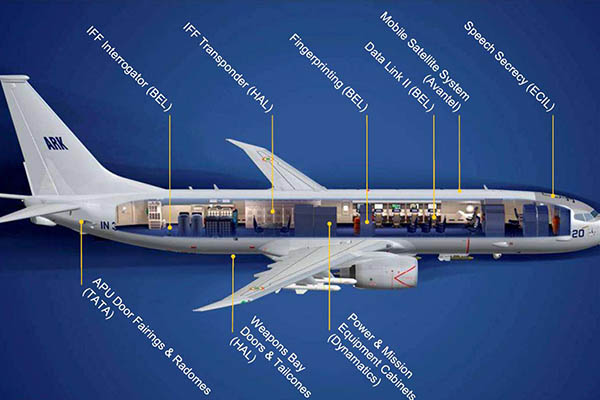 The deal with Boeing appears aimed at countering China in the Indian Ocean.

India has signed a billion-dollar deal with Boeing to buy four maritime surveillance planes, defense and aviation sources said on Wednesday, as it looks to counter China in the Indian Ocean.

The deal for four P-8I aircraft follows India’s earlier purchase of eight of the planes from the American aerospace giant in 2009. “The deal has been signed. The delivery dates are being worked out,” said a defense ministry source, adding that the deal was worth more than a billion dollars.

India has already deployed its original eight long-range P-8I aircraft to track submarine movements in the Indian Ocean. The navy is looking to beef up its fleet to strengthen its capabilities against submarines and surface ships.

“India has a vast maritime border and these planes are meant for long-range surveillance,” a Boeing official told AFP, adding that a clause in the earlier agreement provided for New Delhi to purchase four more planes. “The navy will likely deploy them in the Indian Ocean and Bay of Bengal to counter Chinese influence in the seas,” the official said.

India, the world’s number one defense importer, is in the midst of a multibillion-dollar upgrade of its Soviet-era military hardware. The country has signed several big-ticket defense deals since Prime Minister Narendra Modi’s Bharatiya Janata Party stormed to power in 2014.

Other deals have been mired in bureaucratic wrangles, however, notably the agreement to buy 36 Rafale fighter jets from France’s Dassault Aviation, which has been pending since 2012.

Modi’s government has raised the limit on foreign investment in the defense sector and encouraged tie-ups between foreign and local companies. Modi, a hardline Hindu nationalist, has also called for the manufacturing of defense equipment locally and cut down reliance on expensive imports.

Media should not always put China as adversary. India is looking for it’s defense managing through it’s limited budget.