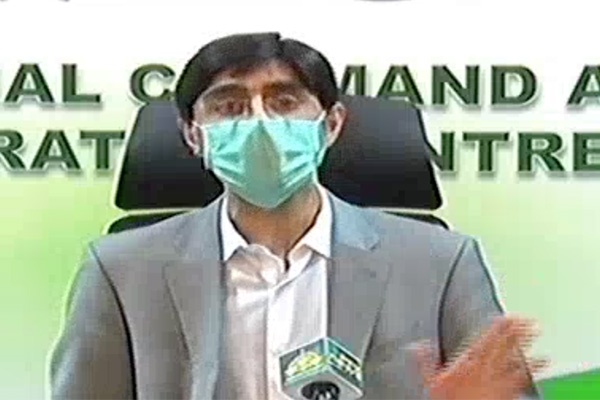 Special Assistant to the P.M. on National Security claims attack on Pakistan Stock Exchange in Karachi was ‘state-sponsored terrorism’

Pakistan has been continuously informing the global community that India is instigating subversive activities and sponsoring terrorism in Pakistan, Special Assistant to the P.M. on National Security Moeed Yusuf said on Tuesday.

In an interview with a private TV channel, he claimed India was involved in Monday’s attack on the Pakistan Stock Exchange building in Karachi, adding that Islamabad’s “effective” diplomacy had resulted in the international community criticizing India’s hegemonic designs.

Yusuf alleged that India was perpetrating atrocities against the residents of India-held Kashmir, and accused New Delhi of “state terrorism” over its revocation of the special constitutional status enjoyed by Kashmir.

In the immediate aftermath of attack in Karachi, which was claimed by the Baloch Liberation Army and resulted in at least 4 deaths before being foiled by security forces, Yusuf implied that India was the primary sponsor of the assault.

“Pakistan’s enemy is naked in its aggression,” he posted on Twitter. “Make no mistake, today’s attack in Karachi is state-sponsored terrorism against Pakistan. Our valiant countrymen and women have fought against this menace before and our resolve remains resolute,” he added.

According to the special assistant on national security, the world must recognize the “suicidal tendencies” of Pakistan’s “enemy,” which he accused of “finding distractions to overcome its own failures and embarrassment.” He claimed all of Pakistan’s warnings had proven true: “Whether on demographic re-engineering in Kashmir or sponsored terrorism against Pakistan.”

In a subsequent post, Yusuf said the international community “must publicly call out and condemn countries that perpetrate terrorism against Pakistan.” He reiterated the government’s stance that there were established links between the BLA—an internationally listed terror organization—and India, “a state led by fascist government that has again perpetrated terrorism in Pakistan through its proxies.”

Four militants tried to storm the Pakistan Stock Exchange building in Karachi on Monday, resulting in a policeman, two security guards and one civilian being killed. Paramilitary Rangers and Karachi police swiftly took action, shooting all four attackers dead, and foiling the attempt to take control of the building. Several government officials, including the Sindh governor and the foreign minister, had accused India of sponsoring this attack to distract from its human rights abuses in India-held Kashmir.