India-Occupied Kashmir Curfew to be Eased for Friday Prayers 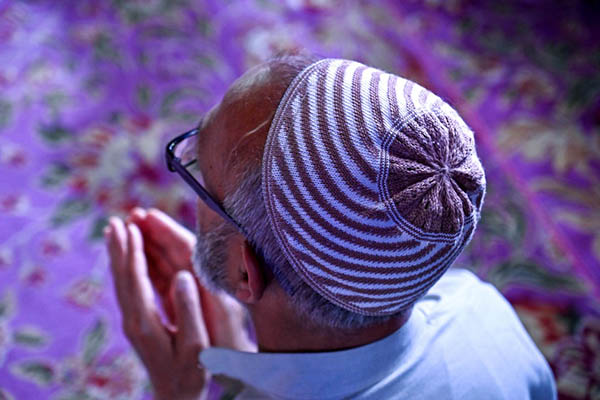 Authorities will ease an indefinite curfew in India-Occupied Kashmir so that the Muslim-majority population can go to Friday prayers, the region’s police chief told AFP.

“People are allowed to pray within their neighborhood, there is no restriction on that,” said Dilbag Singh, director general of police for India-Occupied Kashmir. “But they should not venture out of their local area,” he added.

Kashmir, also claimed by Pakistan, has been in lockdown since Monday with no internet or telephones and severe restrictions on movement after the government cancelled the Himalayan region’s special autonomous status. Tens of thousands of extra troops have been sent to the region to impose the clampdown, which has been condemned by Pakistan and some Indian opposition politicians.

But there have been sporadic protests, with police chasing groups of pro-separatist demonstrators, many of whom gather at night, residents said. One youth died after jumping into a river to escape police.

Authorities face another potential flashpoint on Monday with the Eid-ul-Azha festival.

Prime Minister Narendra Modi said in a nationwide address on Thursday that people will “not face difficulties” celebrating Eid. Media reports said however that authorities would only make a decision on curfew restrictions on Sunday.