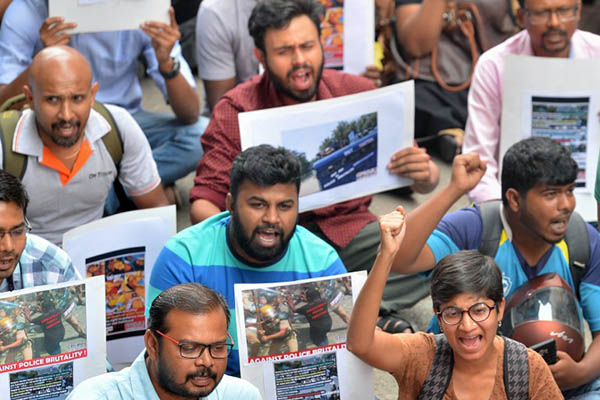 Indian authorities on Monday ordered the permanent closure of a controversial copper plant, which was at the center of deadly protests last week with 13 people killed by police fire.

The violence erupted when thousands marched in southern Tamil Nadu state last week, demanding the closure of the factory owned by British-based mining giant Vedanta Resources over fears that it was polluting the environment.

In an order on Monday, the state government said it supported concerns raised by its pollution regulator about the Sterlite Copper factory located outside Tuticorin city, and ordered it be shut permanently. “In the larger public interest, the government endorse the closure direction of the Tamil Nadu Pollution Control Board and also direct the Tamil Nadu Pollution Control Board to seal the unit and plant permanently,” the order said.

The pollution board last week ordered that electricity to the factory—the second-largest copper smelter in India—be switched off. It also instructed the company to cease all activities at the plant until a decision had been made on its pending application to renew its operational license.

Last week Tamil Nadu’s high court also ruled against a request to double the factory’s annual production of 400,000 metric tons. Months of opposition to the smelter culminated in two days of violence last week in which 13 demonstrators were shot dead by police as cars and public offices were torched.

The plant had been undergoing maintenance for weeks but partially resumed operations this month, sparking outcry from opponents who say it is responsible for polluting air and water. Critics also say the factory poses health risks to the nearly half a million people living nearby, a charge denied by the company.

Indian-born billionaire Anil Agarwal, who is chairman of Vedanta Resources, last week expressed sadness over the shooting but vowed to restart operations.

The company claims to directly employ nearly 3,500 people and support another 40,000 indirectly in Tuticorin. Sterlite CEO P. Ramnath had said last week the company would mount a court challenge to the pollution board’s ruling to suspend operations. There was no immediate reaction from the company to the state’s closure order.