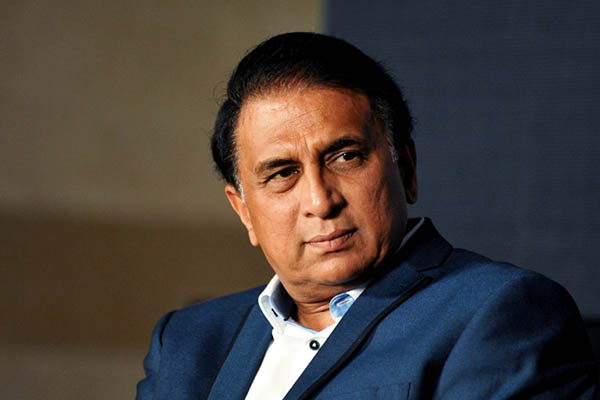 Former batting great Sunil Gavaskar believes New Delhi and Islamabad must start a dialogue to pave the way for the revival of regular matches between India and Pakistan.

The Pakistan Cricket Board is awaiting a response from their counterparts—the Board of Control for Cricket in India—for a proposed series in December-January to be played in United Arab Emirates. The series is one of six agreed between the PCB and BCCI under a Memorandum of Understanding signed last year, all subject to clearance from the respective governments.

But the current strained political situation with regular ceasefire violations from both sides and cancellation of talks between the security advisers of the two countries in August leaves the series in serious doubt.

BCCI last week said it has sought permission from their government and expect a final reply in the next 10 days. If it does go ahead it would be the first between the two countries since 2007. India called off most sporting fixtures between the rivals after the 2008 Mumbai attacks, which were allegedly planned by militants based in Pakistan, though they did play a limited-overs series in 2012.

Gavaskar, popular across the borders for his superlative batting, said the mistrust between the two countries should be removed. “I think to solve any problem people need to talk, unless you talk to each other there is no solution of problems so that is the first step,” said Gavaskar on the sidelines of the third and final Test between Pakistan and England in Sharjah.

Gavaskar, who scored 10,122 runs in 125 Tests for India during an illustrious career, stressed the final call will always come from the government. “I don’t think any sport has that power to force any government to change it’s views but when two countries meet, their supporters come and watch the matches, they mix up and understanding develops. That gives signals to governments, but I am not a politician and I am speaking as a former player, unless you talk you cannot solve any problem,” said Gavaskar.

“I don’t think former players speaking will matter. Government takes decision after a lot of thinking and I don’t see any former player speaking makes a difference.”

Gavaskar admitted India and Pakistan playing each other is important for the region, as well as the world. “I think playing in the SAARC [South Asian Association for Regional Cooperation] countries, all of us playing strengthens cricket in the subcontinent. If India does not play Sri Lanka or Bangladesh their cricket will also suffer, when they play each other it becomes an area of strengthening the subcontinent cricket and that’s why Asia Cup is an important event,” said Gavaskar of the regional event due to be played in Bangladesh in February next year.

Gavaskar said Pakistan was suffering more from not playing India and also at home because of security fears. “Pakistan’s loss is great,” said Gavaskar. “Pakistan’s youngsters are not getting to see their players playing at home, kids not watching Younis [Khan], Misbah [ul-Haq] and [Shahid] Afridi before them in flesh. That encouragement is missing and that’s very important and Pakistan is missing out on that.”

Gavaskar, who toured Pakistan thrice with India, admitted he has fond memories of the country, but also has a complaint. “I have very fond memories but with a complaint,” he said in a light way. “My waistline increased after both the tours because they give us such delicious food to eat. For the first seven years of my career I had a 30-inch waistline but after the first Pakistan tour [1978] my waistline went to 32. Then we had a long tour in 1982-83, for four years my waistline was 32, and after that tour it became 34!”