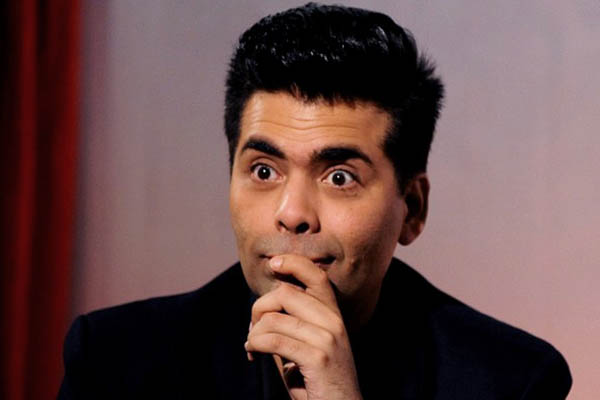 India and Pakistan’s heightened tensions over Kashmir have spread to movie theaters with Bollywood shunning artists from its neighbor and Islamabad suspending Indian films in a series of tit-for-tat moves.

The neighboring nations have traded a number of entertainment-related blows since New Delhi blamed Pakistan-based militants for an attack on an Indian army base that killed 19 soldiers last month. Hindu nationalists have been fueling India’s crackdown with threats of violence while Pakistan’s media regulators have gone all out and banned all Indian content from television and radio networks.

“Some political interests question how you can use actors from what they call ‘an enemy state’ and release the film in India when the relationship is so bad between the countries,” he said. “But what connection does it have? Film actors are not political beings. They are entertainers. It’s completely without reason.”

Johar’s move came after the fringe but noisy rightwing MNS based in Bollywood’s home of Mumbai said it would stall the release next Friday of Ae Dil Hai Mushkil because it features Pakistani heartthrob Fawad Khan.

In a short video that divided opinion, an under-pressure Johar also took great pains to stress his nationalism and pleaded with protesters not to hamper screenings as it would hurt the movie’s 300-strong Indian crew. “It was one of the saddest things I’ve seen because he has so much money at stake. He has to see that he doesn’t lose not only money but his business,” Benegal, 81, said of Johar’s statement.

Indian authorities assured producers this week that no one would be allowed to disrupt screenings as police arrested 12 MNS workers for shouting slogans outside a south Mumbai cinema.

Earlier this month, India’s Cinema Owners and Exhibitors Association (COEA) said it would not show any films featuring Pakistani artists at single screen cinemas across four states. The ban would also likely affect two movies starring Bollywood icon Shah Rukh Khan—Dear Zindagi, out next month, and Raees, which is due for release in January.

Tensions between India and Pakistan have soared since grenade-hurling militants raided India’s Uri army base near the de-facto border dividing Kashmir on Sept. 18 in the worst such attack for years. India pointed the finger of blame at militants allegedly based in Pakistan and responded by claiming to carry out strikes across the heavily militarized Line of Control, although Islamabad disputes they ever took place.

Kashmir has been divided between India and Pakistan since their independence from Britain in 1947. Both claim the territory in full and have fought two wars over the mountainous region.

Following the September raid, the Indian Motion Picture Producers Association, which represents a number of Hindi film industry employees, passed a motion banning Pakistani artists until relations improve. Pakistan’s Film Exhibitors and Distributors group responded by suspending the screening of all Indian films “until normalcy returns,” although fans are believed to be accessing their favorite Bollywood flicks online—illegally.

On Monday, organizers of the MAMI Mumbai Film Festival dropped classic 1959 Pakistani movie Jago Hua Savera from its program following a complaint from an Indian NGO.

Then on Wednesday Pakistan’s state-run media authority fired another salvo, banning all Indian content from television and radio networks. It threatened to suspend the licenses of any station caught flouting the ban, which came into force Friday. “Attacking the entertainment industry is a cheap tactic,” Mumbai-based film trade analyst Akshaye Rathi told AFP. “Political outfits seek bans to gain quick publicity and there’s no better sector than the film industry to piggyback on for two minutes of fame.”