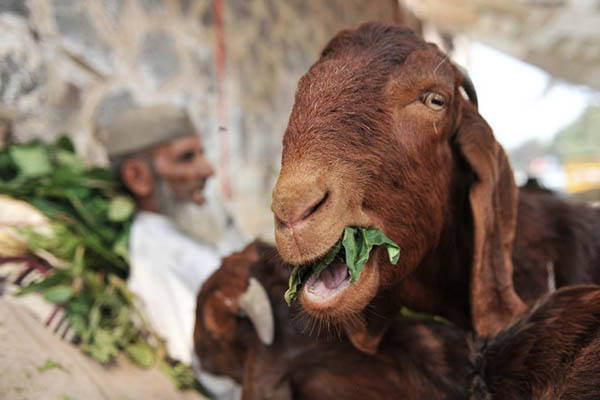 The animal is accused of damaging a senior bureaucrat’s garden in Chhattisgarh state.

Police in central India arrested a goat and its owner for repeatedly damaging a senior bureaucrat’s garden, a local official said Tuesday.

Police in Chhattisgarh state sprang into action on Monday, registering a case against the man and his animal for chewing up the district magistrate’s garden. They were later released on bail but face initial charges of causing mischief and damage to property, said officer Ram Sewak Paikra from Janakpur town in Korea district.

“The goat and the owner were under police custody and are out, as both the sections 427 and 447 of the Indian Penal Code are bailable offences,” said Paikra. He said the goat was allegedly a “repeat offender” in Janakpur town.

Rajesh Paikra, the official’s gardener, herded the captured goat to the local police station on Monday, demanding action. “After the complaint, the owner of the goat, Abdul Hasan, was also arrested for the alleged crime,” the officer said. “Since both the sections are bailable offences, Abdul Hasan filed a bond in the police station promising that the animal will not further damage the garden.”