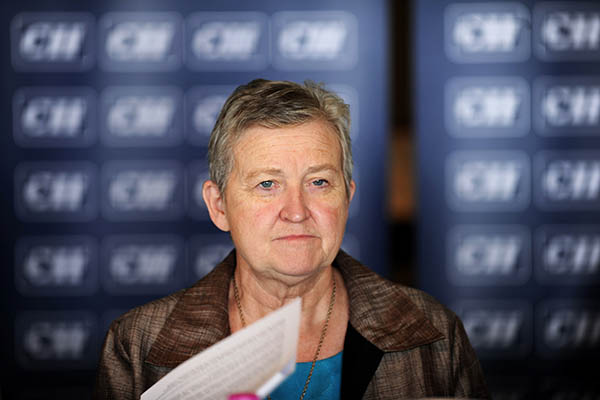 India on Friday summoned the U.S. ambassador to New Delhi to protest the “humiliating” arrest of a top diplomat while she was dropping her children at school in New York, the foreign ministry said.

Ambassador Nancy Powell was summoned to a meeting with Foreign Secretary Sujatha Singh, the day after deputy consul general Devyani Khobragade was detained, said ministry spokesman Syed Akbaruddin. “We are shocked and appalled at the way she had been humiliated and this will be taken up forcefully with the U.S.,” said Akbaruddin. “She was pursuing her duties and is entitled to courtesies of a serving diplomat. This kind of behavior against the Indian diplomat, a young woman with two children is entirely unacceptable.”

Indian media reports said that the New York-based Khobragade was arrested and handcuffed in public for allegedly lying on the U.S. visa application for an Indian national who worked for her as domestic help.

The Indian embassy in Washington said the detention was based on “allegations raised by the officer’s former India-based domestic assistant.”

The domestic worker had “absconded” from her employer in June and was already the subject of an injunction issued by the High Court in Delhi, the embassy added in a statement on its website. “The legal aspect of it is separate and there is no justification for what has happened to the young woman,” added Akbaruddin at a briefing with reporters in New Delhi.

In response to a question that the diplomat has been accused of forging a visa or other documents, the spokesman said that did not justify Khobragade’s treatment.

“It still doesn’t absolve the U.S. authorities of traumatizing and humiliating the Indian diplomat who was doing her duties in the U.S.,” Akbaruddin said. “We are confident that we will be able to justify our stand on this issue,” he added.

In its statement, the embassy said the U.S. authorities had already been made aware of the injunction from the Delhi court and had been asked to “facilitate the service of an arrest warrant” against the domestic worker. “The U.S. side have been urged to resolve the matter with due sensitivity, taking into account the existing court case in India that has already been brought to their attention by the government of India, and the diplomatic status of the officer concerned,” it said.