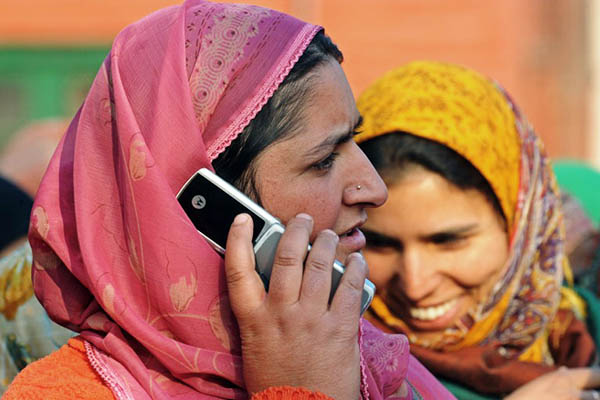 Analysts warn the debts incurred from excessive bids may lead to price hikes for consumers.

India raised a record $17.6 billion during intense bidding on a government auction of mobile phone airwaves, which ended Wednesday, as analysts warned of price hikes for subscribers.

Communications and I.T. minister Ravi Shankar Prasad said total bids of 1.1 trillion rupees had been received during the 19-day auction of wireless spectrum in one of the world’s largest smartphone markets.

The battle among eight mobile phone carriers, including market leaders Vodafone, Bharti Airtel and Idea, has been fierce, making the auction the most expensive competition of its kind held in India. “This is the highest ever in [the] history of India,” the minister told reporters, according to the Press Trust of India news agency.

Prasad said the auction, which started on March 4 with 115 rounds of bidding, had surpassed the previous figure of 1.06 trillion rupees raised in India’s last such contest in 2010.

Billionaire Mukesh Ambani’s new Reliance Jio telecoms venture was also among those competing during the auction, which eclipsed the government’s revenue target of 860 billion rupees.

The new spectrums for traditional voice and faster data services are seen as crucial for companies competing in the cut-throat Indian market of 952 million mobile subscribers, according to India’s telecoms regulator. But analysts warned that carriers might be forced to hike prices for subscribers to pay for the debt incurred from making the bids.

Subscribers in India are used to low call costs thanks to bitter price wars among carriers to snatch more market share. “There will be major implications of the high price auction,” said Rajan Mathews, director general of Cellular Operators Association of India. “The financial health of the telecom sector will suffer which will in turn impact banks’ ability to lend to them. This will affect roll-out of new technology and consumers will suffer from drop in service quality and upward movement in tariffs,” Rajan told AFP.

The names of the bid winners have not been announced on orders of the Supreme Court, which is hearing cases related to such auctions, including on guidelines and criteria. The auction will hand the right-wing government much-needed revenue as it attempts to reform the economy, and will help Finance Minister Arun Jaitley meet fiscal deficit targets.

“This [spectrum] auction will certainly help them [the government],” said Rupa Rege Nitsure, group chief economist at L&T Financial Services. “But such auctions won’t be happening every now and then. So the relief will be temporary and belt tightening for the government will have to continue.”