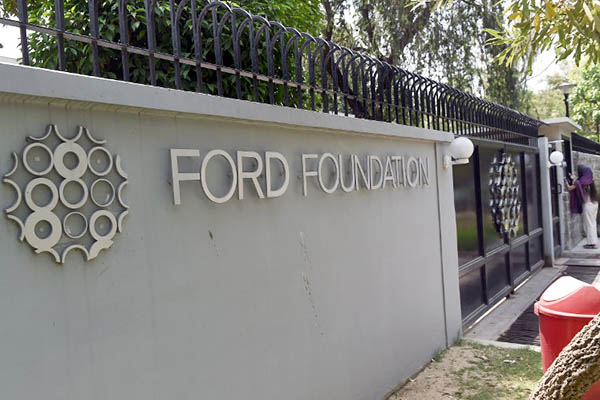 New Delhi says the charity can no longer give money to local organizations without the government’s approval.

India has cracked down on the Ford Foundation, saying the U.S. charity can no longer give money to local organizations without government permission, an official said Friday drawing expressions of concern from Washington.

A home ministry order says the foundation has been placed on a “watch list” to ensure funds are used for “bona fide welfare activities without compromising on concerns of national interest and security.”

The move follows a complaint from the government of the western state of Gujarat over the foundation’s grants to a non-governmental organization run by a long-time critic of Prime Minister Narendra Modi. Home ministry spokesman K. S. Dhatwalia said the foundation had been involved in funding charities which are not registered to receive foreign funds. “All funds have to be vetted by the ministry,” Dhatwalia told AFP.

Modi’s nationalist government views foreign-backed aid organizations with suspicion and the prime minister has criticized what he calls “five-star activists.”

The government this month suspended Greenpeace India’s foreign funding license after accusing the watchdog of hurting the country’s economic interests. Greenpeace accuses the government of trying to shut it down over its campaigns against mining and nuclear projects.

Washington said it was seeking “clarification” on the actions against the two organizations. “We are concerned that this recent ruling limits a necessary and critical debate within Indian society and we are seeking a clarification on this issue with the appropriate Indian authorities,” State Department acting spokeswoman Marie Harf told reporters.

The Gujarat government has accused the foundation of “interfering in the internal affairs” of the country and also “abetting communal disharmony” through funding of the rights organization Sabrang.

The foundation, created in 1936 by Edsel and Henry Ford, has made several grants to Sabrang, run by Teesta Setalvad who has criticized Modi over religious riots in Gujarat in 2002 when he was chief minister. Modi has long denied any wrongdoing over the riots, which left more than 1,000 people, mostly Muslims, dead.

Gujarat has targeted activist Setalvad for investigation including over allegations that she embezzled donations meant for riot victims.

The New York-based Ford Foundation said it was cooperating with a home ministry investigation into its grants but was confident it had complied with Indian laws. “If the government suggests methods by which we can strengthen and improve our grant-making processes, we will take appropriate steps to incorporate them,” it said in a statement.

Human rights lawyer Colin Gonsalves described the move against the foundation as “a witch hunt.”

“Those who are doing work in the nation’s interests [through environmental and human rights work], they are being treated as people who cheat India,” he told the NDTV network.