India Retaliates After U.S. Arrest of Its Diplomat 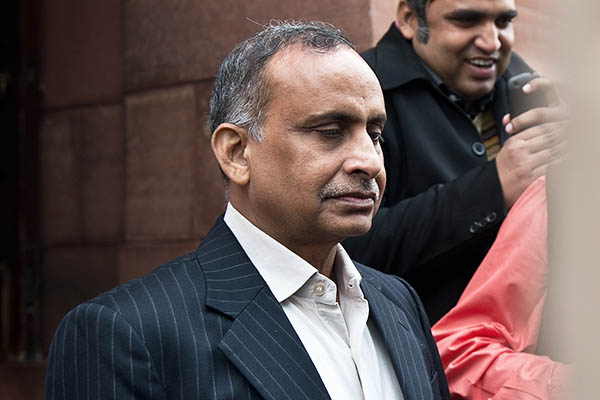 India launched a series of reprisals on Tuesday against U.S. officials in the country as outrage grows over an Indian diplomat’s humiliating arrest in New York.

In an escalating row over the arrest of Devyani Khobragade, New Delhi ordered a range of measures, including the return of identity cards for U.S. consular officials that speed up travel into and through India, said foreign ministry sources.

“We have ordered the withdrawal of all ID cards that are issued by the Ministry of External Affairs to the officials at the U.S. consulates across India,” said a senior ministry source on condition of anonymity. The government will also stop all import clearances, including for liquor, for the U.S. Embassy, the sources said. Indian security forces have also removed security barricades from outside the American embassy.

The moves come after deputy consul-general Khobragade was arrested last week while dropping her children at school, for allegedly underpaying her domestic helper, who is also an Indian national, and for allegedly lying on the helper’s visa application form.

Anger over the incident has been mounting in the Indian press with front-page reports on Tuesday claiming Khobragade had been handcuffed and “strip-searched and confined with drug addicts” after her arrest.

Foreign Minister Salman Khurshid said Tuesday the government had “put in motion” measures to address the arrest, calling Khobragade’s seizure “completely unacceptable.” “We have put in motion what we believe would be effective ways of addressing the issue but also [put] in motion such steps that need to be taken to protect her dignity,” Khurshid told reporters without confirming the new reprisals.

India last Friday summoned the U.S. ambassador to protest the arrest, with a foreign ministry official saying at the time that India was “shocked and appalled” at the U.S. handling of the incident. U.S. State Department deputy spokesman Marie Harf said on Monday that diplomatic security staff “followed standard procedures” during the arrest before she was handed over to U.S. Marshals.

The diplomat’s father urged Prime Minister Manmohan Singh to intervene in the case and ensure his daughter’s safe return to India. “I am concerned about the safety and dignity of my daughter. I want my daughter back safe in India,” Uttam Khobragade told the Indian press.

With general elections just months away in India, both the ruling Congress party and the main opposition Bharatiya Janata Party are keen to not be seen as being too lenient with the United States over the issue.

India’s national-security adviser called the diplomat’s treatment “barbaric” while a string of senior politicians from both major parties snubbed a visiting U.S. Congressional delegation over the issue. Opposition figure Narendra Modi said he had refused to meet the U.S. delegation over the arrest. “Refused to meet the visiting USA delegation in solidarity with our nation, protesting ill-treatment meted to our lady diplomat in USA,” Modi tweeted.

The Indian Embassy in Washington said on Friday that Khobragade’s detention was based on “allegations raised by the officer’s former India-based domestic assistant.” The domestic worker had “absconded” from her employer in June and was already the subject of an injunction issued by the High Court in Delhi, the embassy added in a statement on its website.