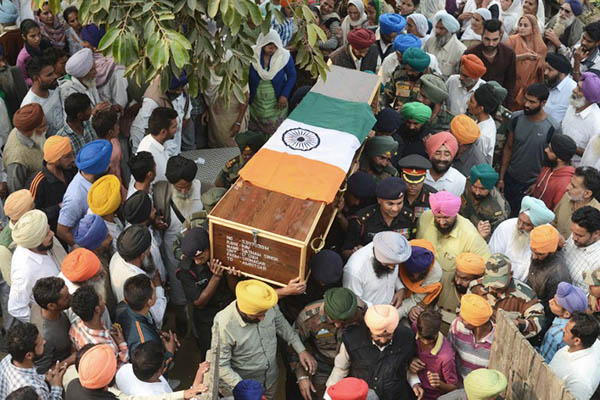 India said three of its soldiers were killed on Tuesday on the de facto border in disputed Kashmir and blamed Pakistani troops.

The body of one of the dead soldiers had been “mutilated,” the army said in a tweet, threatening “retribution.” One army official said Pakistani soldiers had crossed over the Line of Control that divides Kashmir to launch an attack. “This border action was like a sneak attack by Pakistan soldiers,” he claimed to AFP on condition of anonymity.

Indian media reports said one of the soldiers had been beheaded, although this could not be confirmed.

There was no immediate comment from Pakistan, which last week accused India of killing seven of its soldiers in cross-border fire in Kashmir.

Tensions between the neighboring nations have been running high since a September attack on an Indian base in Kashmir which killed 19 soldiers and which New Delhi blames on Pakistan-based militants. Since then there have been repeated outbreaks of cross-border firing in Kashmir, with both sides reporting deaths and injuries including of civilians.

so Pakistan performed a “Surgical Strike”?