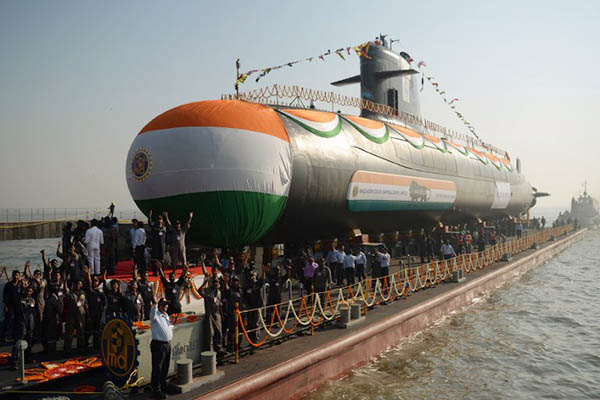 Media claims the submarine, the third New Delhi has leased from Moscow, will be delivered by 2025

India has signed a $3 billion deal to lease a third Russian nuclear-powered submarine for 10 years, giving Delhi a boost in the Indian Ocean against rivals Pakistan and China, media reports said.

The deal—which according to the reports took months to negotiate—comes as tensions run high between India and Pakistan following their biggest standoff in years, and as Chinese influence grows in the region.

A defense ministry spokesman declined to confirm the agreement to AFP but the reports said that the submarine, the third India has leased from Russia, would be delivered by 2025.

In 2017 India and China had a military standoff over a Himalayan plateau claimed by both Beijing and Bhutan, a close ally of India. China has made inroads in Sri Lanka and Maldives, countries that India considers to be in its sphere of influence, through its Belt and Road Initiative (BRI).

India has raised concerns about the initiative as a major section passes through Pakistan-administered Kashmir, a disputed territory that was again the fuse for the latest crisis.

On Feb. 26 India said its warplanes hit a militant training camp in Pakistan—though independent reports have brought this into dispute—in response to a suicide bombing in Kashmir, which killed 40 paramilitary officers and was claimed by a militant group based in Pakistan. Pakistan a day later carried out its own air raid, triggering a dogfight in which an Indian plane was shot down. India also says it shot down a Pakistan plane but Islamabad denied this.

Tensions cooled after Pakistan last Friday returned the Indian pilot of the downed aircraft, although both nations have continued to fire shells and mortars over their de-facto Kashmir border.