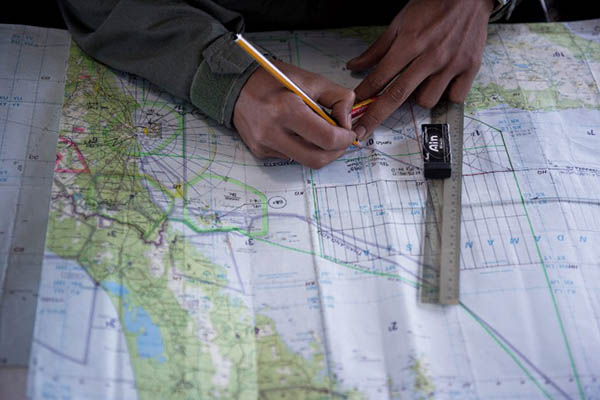 India on Sunday suspended its search for a Malaysia Airlines plane around the Andaman and Nicobar Islands and in the Bay of Bengal and is awaiting a new request from Malaysia, a defense official said.

“The entire operation is on hold for now. We are awaiting fresh instructions from Malaysia,” said Col. Harmit Singh, spokesman for India’s army, navy and air force command in the Andaman and Nicobar Islands. “None of the planes from our air fleet took off today. Even the navy vessels involved in search operations have moved to another island,” Singh said.

India had been combing two separate areas, around the islands in the Andaman Sea and in the Bay of Bengal, as part of the international search for Flight 370 that went missing on March 8 carrying 239 people.

In the latest twist in the mysterious disappearance, Malaysian Prime Minister Najib Razak said Saturday the plane was apparently deliberately diverted and flown for hours after vanishing from radar. He stopped short of confirming a hijack but the comments take the excruciating search for the jet into uncharted new territory, as frustrated families of those on board wait for news.

Singh said India’s six ships and five aircraft were being diverted to the island of Kamorta in the Andaman and Nicobar Islands, where India has a naval base. A navy source said they were waiting until after a press conference planned by Malaysia for later Sunday, when India was expected to receive instructions about a new search area.

The international search is now focused on two flight corridors—a northern one stretching from northern Thailand to Kazakhstan and a southern zone from Indonesia toward the southern Indian Ocean.

Several analysts favored a route along the southern corridor over the ocean, saying the northern one would have required the plane to travel undetected through numerous national airspaces in a strategically sensitive region. India air traffic controllers ruled out the northern route, saying it was “inconceivable” the plane flew undetected over Indian airspace toward Kazakhstan.

Even if civilian radars based in Kolkata missed the plane, air force radars would have certainly picked it up, air traffic controllers’ guild secretary Sugata Pramanik told The Times of India. “If an aircraft wants to avoid being seen, they can easily become invisible to a civilian radar by switching off the transponder that relays information about the plane,” he told the newspaper. “But it cannot avoid defense systems. The Indian Air Force has radars in multiple installations across the country and it is inconceivable that none of them spotted the odd blip with no flight clearance.”