India to Airlift Citizens From Yemen 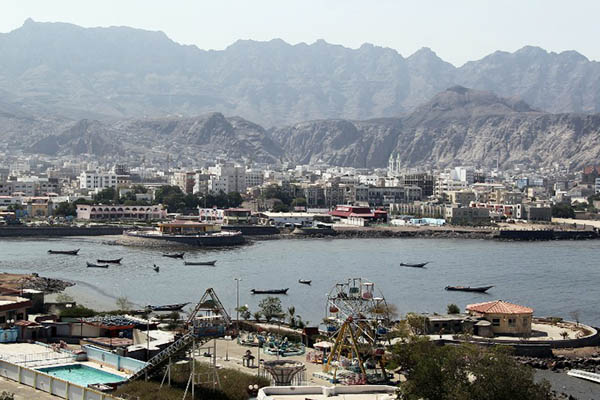 A view of the old seaport in Aden. Karim Sahib—AFP

Foreign minister says Delhi will use a three-hour window every day to evacuate Indians from war-torn state.

India said Sunday it was preparing to airlift stranded citizens from war-torn Yemen despite the bombing of the country’s main international airport.

Foreign Minister Sushma Swaraj said air evacuations would take place from Yemen, which has been plunged into chaos by a Houthi Shia rebellion that has triggered Saudi-backed airstrikes on the capital Sanaa.

Some 4,100 Indians are currently in Yemen, including 3,100 in Sanaa, 500 in Aden and the rest around the country, the minister said. “Today we got permission to fly from Sanaa for three hours a day. We will use this slot for evacuating our citizens every day,” Swaraj said on Twitter. “The end of runway of Sanaa airport was damaged. That is repaired. It is now functional,” she said.

The Saudi-led airstrikes have hit Sanaa’s airport and a renegade troop base, as Arab leaders vow to pummel the rebels until they surrender. India will also send a ship to help evacuate its workers and other citizens, many of whom are nurses from the southern state of Kerala, she said.

Kerala Chief Minister Oommen Chandy said on Friday that New Delhi planned to send two ships to take the Indians to nearby Djibouti, from where they would be airlifted. Chandy said workers had complained of having their passports and other documents seized by hospital authorities, preventing them from leaving.

India’s government last week asked all its nationals to leave Yemen, where deadly fighting has sent tensions in the Middle East soaring.