India to Check Toilet Use in ‘Real Time’ 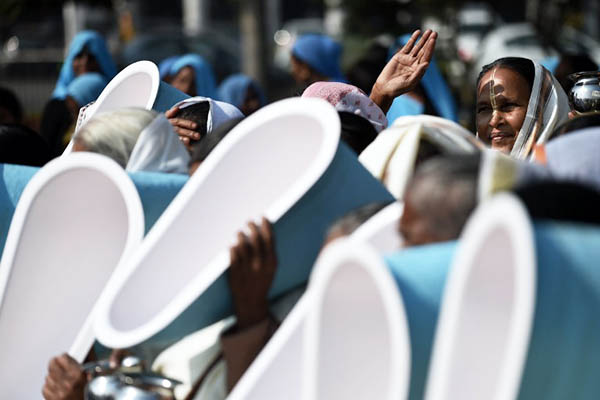 Authorities will go door-to-door to ‘check and verify’ use of toilets.

India’s government on Wednesday announced a nationwide scheme to check whether people are using toilets as part of a cleanliness drive championed by Prime Minister Narendra Modi.

Since October the government has provided 503,142 new household latrines. But experts say most of these end up being used as storerooms since many people consider toilets unhygienic and prefer to squat in the open, believing it more sanitary to defecate far from home.

Sanitary inspectors will go door-to-door to “check and verify the use of toilets” with mobile phones, tablets or iPads and upload the results onto a website in “real time,” a government press release said. “Earlier, the monitoring was done only about the construction of toilets, but now the actual use of toilets will be ascertained,” it said.

Modi announced the cleanliness drive in his Independence Day speech in August, pledging a toilet in every household by 2019. UNICEF estimates that almost 594 million people—or nearly 50 percent of India’s population—defecate in the open, with the situation worst in dirt-poor rural areas.

Lack of toilets and other sanitation problems costs India nearly $54 billion annually through illnesses such as diarrhea and lower productivity, a 2012 World Bank study found. The latest government monitoring program is aimed at motivating people to use the toilet.

“Sanitation is a mindset issue. [The aim is to] create demand by triggering behavior change,” the government statement said.