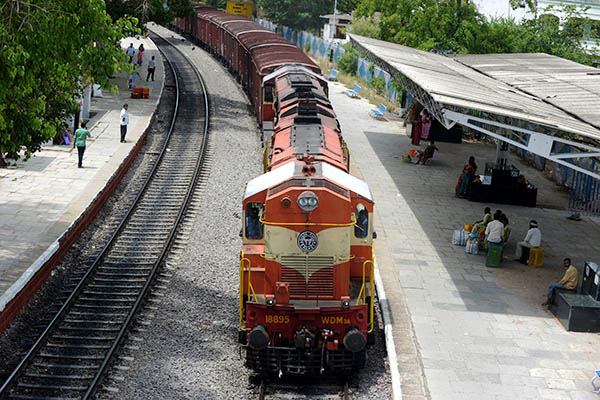 The cabinet agreed late Wednesday to increase the limit on foreign direct investment in defense to 49 percent from 26 percent, and allow unlimited investment in railway infrastructure, officials said.

Railway Minister Sadananda Gowda said Thursday that foreigners would still be barred from investing in railway operations, amid uproar in parliament over the measures. “As far as the operating portion of the railways is concerned, certainly we are not allowing FDI. [It is] only in infrastructure and other areas,” Gowda told reporters.

Left-wing parties accused the government of “selling off” national assets, while industry applauded the move as critical for modernization of the sectors.

The government, which unveiled both plans in the budget last month, is attempting to push ahead with reforms after sweeping to power at elections in May with the biggest mandate in 30 years. But its efforts hit a major hurdle this week, when the opposition blocked its attempts to introduce legislation to lift investment in the insurance sector.

Cabinet approval came on the eve of U.S. Secretary of Defense Chuck Hagel’s visit to India to strengthen ties between the two militaries and to drum up defense deals. “The U.S. recognizes the immense potential for its companies in the Indian arms market” with the lifting of the investment cap, analyst Sameer Patil from Mumbai-based think-tank Gateway House said this week.

Modi’s government wants to speed up modernization of its Soviet-era military after years of slow procurement and the collapse of deals over corruption allegations. India, the world’s biggest arms importer, has traditionally relied on Russia but has turned to the United States in more recent years for equipment and other technology.

Investment in India’s vast and crumbling state-run railway network, which carries 23 million passengers a day, is desperately needed after years of neglect. India struggles to fund upgrades of the network, partly developed under British colonial rule, because most of its revenues are spent on operating costs, and fears of a major public backlash if fares are lifted.