India Urges Calm After Attack on Muslims in Assam 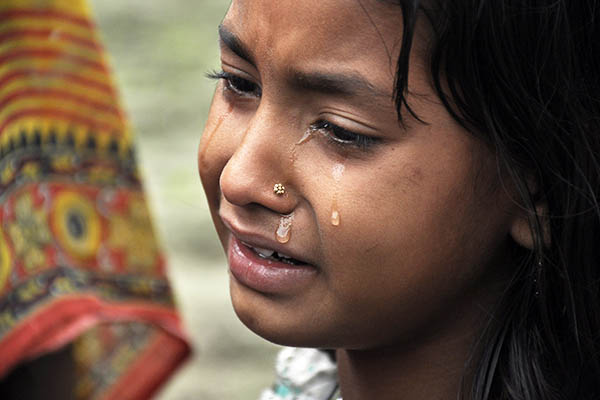 At least 32 Muslims killed in attacks targeting women and children and allegedly perpetrated by tribal separatists.

The Indian government appealed for calm on Sunday after at least 32 Muslims were shot dead in the northeastern state of Assam in attacks targeting women and children and blamed on tribal separatists.

As more than 5,000 soldiers and police patrolled the restive tea-growing region, Home Minister Sushilkumar Shinde said the killings appeared aimed at provoking a “full fledged” communal conflict. Police blame indigenous Bodo tribesmen for the violence on Thursday and Friday nights in the region, where Muslims have long been accused of grabbing land after migrating from across the Bangladesh border.

“The objective of this [separatist] group seems to be aimed at starting a full fledged communal conflagration,” Shinde said in a statement, adding the violence was targeted at women and children. “The public leaders of both Bodo and [the] minority community must see to it that things do not deteriorate,” the minister said, urging the region to maintain “peace and calm.”

The violence comes during the final stretch of the country’s mammoth general elections, which have seen religious and ethnic tensions flare and deadly attacks staged elsewhere in the country, including by Maoist rebels. Hindu nationalist hardliner Narendra Modi and his opposition Bharatiya Janata Party (BJP) are expected to defeat the ruling Congress party after a decade in power.

Thousands of families have fled their homes since masked gunmen went on the rampage in Baksa and neighboring Kokrajhar district, shooting Muslims dead including children as young as 18 months as they slept.

Shinde put the death toll at 32. But a senior police official said two more bodies were discovered on Sunday while a teenager died of her injuries overnight Saturday, taking the number killed to 35.

“Two dead bodies were recovered from a riverbank a few kilometers away from Narayanguri while another teenage girl injured in the attack succumbed to her injuries in a hospital,” said the officer on condition of anonymity.

Some 4,000 Central Armed Police Force officers and 1,500 soldiers have already been deployed, with another 1,000 police on their way, Shinde’s statement said.

Despite the tight security, Muslim community leader Ibrahim Ali said families have fled their homes, some of which have been razed, adding, “a sense of fear and panic looms large.”

“More than 5,000 people have fled their homes in the two districts and are taking shelter in safe areas,” said Abdur Rahim, leader of the All Minority Students Union.

The victims are Muslims whose migrant community has long been locked in land disputes with Bodos that have spilled over into violence in the remote state that borders Bhutan and Bangladesh. Local media reported that Bodos targeted the community as punishment for failing to support their candidate in the multi-phase election. Voting in Assam ended on April 24.

Modi, frontrunner for prime minister, said last week illegal immigrants from Bangladesh should pack their bags if he came to power at the polls, whose results are to be announced on May 16.

A political row has flared over the attacks, with Congress accusing the BJP of creating a “communal atmosphere” during the election. The BJP in turn accused Congress, in power at state level in Assam, of failing to maintain law and order.

Muslims in Baksa refused on Sunday to bury 18 of those killed, in a protest against authorities whom they accuse of failing to protect them.

Police blame the National Democratic Front of Bodoland, one of several banned rebel groups demanding a separate homeland, for the attacks. The front has denied being behind the violence.