India vs. Pakistan in World Twenty20 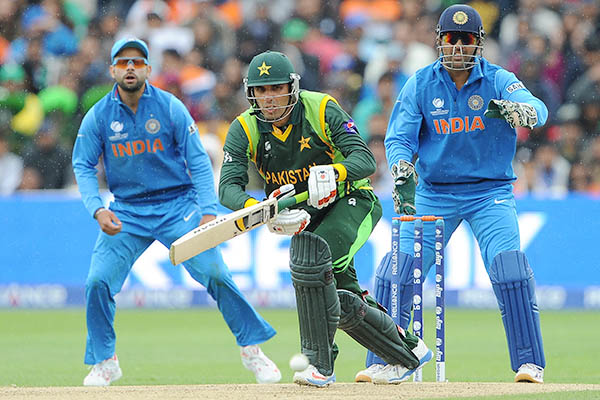 First match of competition in Bangladesh next year will have rivals competing against each other.

India and Pakistan were drawn against each other Sunday for next year’s World Twenty20, marking an explosive start to the competition, the International Cricket Council (ICC) announced in Dhaka.

Former champions India will meet Pakistan as part of the 22-day tournament played in several locations in Bangladesh, featuring 16 countries and starting on March 16 next year.

India and Pakistan are among eight sides that have been given direct entry into the Super 10 stage of the competition, based on the ICC’s T20 team rankings.

The Super 10 stage will start with a match between India and Pakistan in Mirpur on March 21, while the West Indies will begin their title defense on March 23 against India also in Mirpur.

The other teams with direct entry into the Super 10 stage are Australia, Sri Lanka, England, South Africa and New Zealand.

Bangladesh and Zimbabwe, who finished outside the top eight in rankings, will compete with six other qualifying teams in the first round from March 16 to 21 for the remaining two places in the Super 10 stage.

The eight teams in the first round have been divided into two groups of four teams, each with table-toppers progressing to the next stage.

The six qualifying teams to join the first round will be decided at the end of the World T20 qualifiers to be held in the U.A.E between Nov. 15 and 30.

Prize money for the event, which will end on April 6, has been set at $3 million, with the winner receiving $1.1 million and the losing finalist collecting $550,000.

The Women’s World Twenty20 will also be held alongside the men’s event in Bangladesh with 10 teams competing.