India Wants its Begging Bowl Back 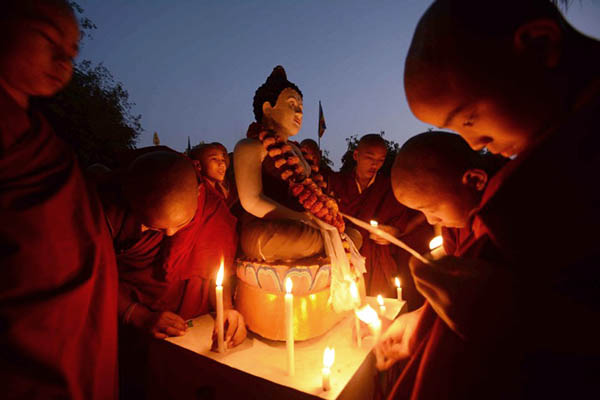 The Archaeological Survey of India urges Kabul to return a bowl that might have been used by Buddha.

Two Indian archaeologists are being sent to Kabul to study a “begging bowl” that might have been used by Buddha in a first step to bringing the artifact back to India, an official has said.

The huge stone vessel, weighing nearly 400 kilograms, is currently displayed at the National Museum of Afghanistan and is regarded as important in the Buddhist religion. The experts will examine the piece following demands in the Indian Parliament last year for the return of the bowl, which the state-run Archaeological Survey of India (ASI) believes belongs to India.

“We will be sending two experts to Kabul to examine the bowl. We are very much in favor of bringing it back to India,” said ASI additional director general B. R. Mani late Monday. “They will examine if the raw material has been sourced locally from one of the Afghan cities. If not, it will strengthen our claim that it belongs to us,” Mani said.

The ASI says its historical documents and research suggests that Buddha donated the bowl, which is 1.75 meters in diameter, to the people of Vaishali, a Buddhist pilgrimage site in the eastern Indian state of Bihar. A king who ruled northern India and other parts of Asia in the second century took the bowl to what is now Peshawar in Pakistan, before it was moved to what is now Kandahar in Afghanistan, ASI claims its research shows. The bowl was then believed to have been moved to the Kabul museum during the Soviet war in Afghanistan in the 1980s. The safety of Buddhist relics in Afghanistan caused concern after the Taliban destroyed monumental Buddha statues carved into a hill in Bamiyan province in 2001.

“In Buddhist monasteries such huge stone troughs used to kept at the entrance gates as donation bowls. This bowl was also perhaps used similarly,” Mani said. The greenish-grey granite bowl has a lotus flower chiseled around its base, suggesting its Buddhist past. The bowl was later inscribed along its rim with rows of Arabic verses from the Quran, said Mani.

Mani said he hoped the Indian government would take up the matter with Kabul if the ASI experts established that the bowl originated in Vaishali. It’s not known exactly when the experts will leave for Kabul. “We will have to see whether they (the Afghanistan government) agree to give it back to India,” Mani said.