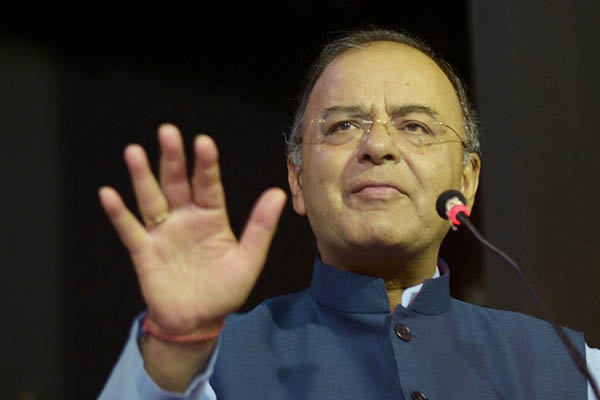 India’s defense minister on Thursday warned Pakistan to stop its shelling in Kashmir, after some of the worst cross-border violence to hit the disputed region in years.

“If Pakistan persists with this adventurism, our forces will make cost of this adventurism unaffordable for it,” Arun Jaitley told journalists in New Delhi. “Pakistan should stop this unprovoked firing and shelling if it wants peace on the border.”

The neighbours have traded blame for the cross-border violence that has killed at least 12 civilians this week. Thousands of people on both sides of the border have fled their homes and nine people died on Monday alone, the highest civilian toll in a single day in more than a decade. Pakistani officials on Tuesday said Islamabad had lodged a strong protest with United Nations Military Observers Group for what it said was “unprovoked firing” by Indian troops.

Pakistan’s defense minister Khawaja Asif said on Thursday his country was “fully capable of responding befittingly to Indian aggression” but urged India to exercise caution. “We do not want the situation on the borders of two nuclear neighbors to escalate into confrontation,” he added.

Jaitley, meanwhile, justified the Indian firing by saying his country had a “duty to defend its people,” as he accused Pakistan of trying to “precipitate tension where none exists.”

Kashmir is divided between India and Pakistan but both lay claim to the scenic Himalayan region. Clashes occur regularly along their disputed border known as the Line of Control (LoC) as well as along the internationally recognized frontier dividing Indian-administered Kashmir from Pakistan’s Punjab province.

Violence has fallen in the region since 2004, when the countries began a peace process a year after signing a ceasefire agreement that has largely held. But there has been speculation that India’s new rightwing nationalist government will take a more hardline approach.

India, which has an estimated 500,000 troops deployed in its part of the disputed region, called off peace talks last month after Pakistan consulted with Indian Kashmiri separatists.