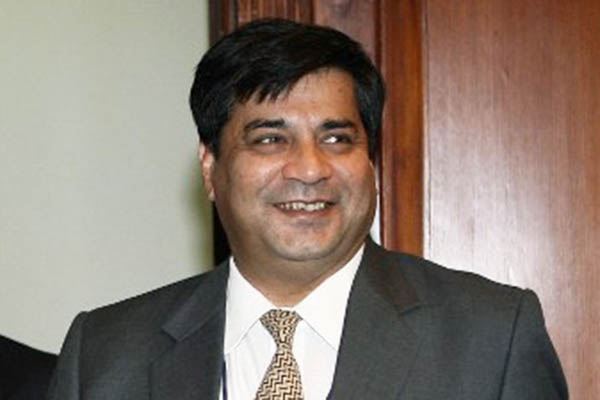 India’s representative to Pakistan said Monday his country was only prepared to discuss the part of Kashmir controlled by Islamabad in upcoming peace talks, presenting a potential stumbling block days after the dialogue was announced.

High commissioner T.C.A. Raghavan made the remarks about the disputed territory during a lecture in Islamabad, after a breakthrough visit by India’s foreign minister at which the resumption of ministerial talks was announced. According to a joint statement, the two sides will talk about peace and security as well as territorial disputes including Kashmir. Each country occupies part of the territory but claims it in full. Since independence from Britain in 1947 they have fought two wars over Kashmir.

Asked where the room for negotiation lay over the Himalayan territory, Raghavan said it was India which first petitioned the United Nations to intervene when the-then princely state of Jammu and Kashmir was invaded by Pakistani forces in 1947. “The first application was moved by India and it was on the grounds that a part of the state, which had acceded to India, is now under the illegal occupation of the Pakistan Army. So when you say what is it that India is going to discuss or what is it discussing, it is really, if you ask most Indians, and what is our position—it is the part of that state which is still under the control of Pakistan.”

The remarks could create a diplomatic wrinkle for the two countries as they seek to go back to the negotiation table to undertake broad-spectrum talks for the first time since the election of prime ministers Narendra Modi and Nawaz Sharif.

New Delhi suspended all talks after Islamist gunmen attacked Mumbai in November 2008, killing 166 people. The attacks were later found to have been planned from Pakistan. The countries agreed to resume the peace process in 2011 but tensions have spiked over the past two years, with cross-border shelling over the disputed border in Kashmir claiming dozens of lives since 2014.

A brief meeting between Sharif and his Indian counterpart Narendra Modi on the sidelines of the U.N. climate change summit in Paris on Nov. 30, followed by talks between the two countries’ national security advisers in Bangkok, appeared to have broken the ice.