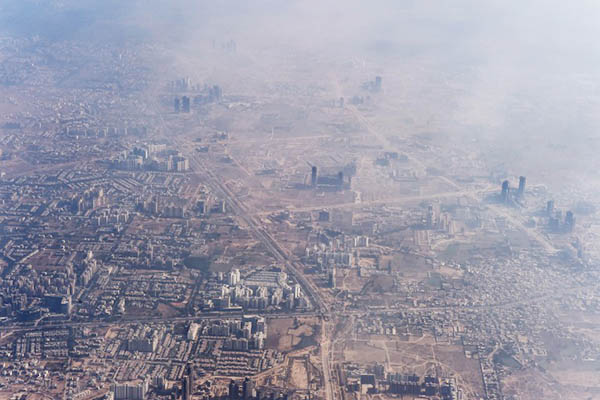 India will not sign any deal to cut greenhouse gas emissions at U.N. climate talks that threatens its growth or undermines its fight against poverty, the environment minister said Friday.

Speaking ahead of his departure to a key round of talks in the Peruvian capital, Prakash Javadekar said he was heading into the negotiations with “an open mind” but warned the Indian delegation would not “shy away” from tough debate. “Any agreement … will be by consensus,” Javadekar told reporters in New Delhi. “Our growth cannot be compromised.”

The minister branded poverty as the worst kind of environmental disaster, which “needs to be eradicated immediately,” adding that no one should dispute the right of the poorest members of society to have access to energy. “Poor people have aspirations we must fulfill them, we must give them energy access,” he said. “The developing countries’ need for inclusive growth, sustainable development, poverty eradication, and energy access to all must be recognized as fundamental,” he added.

Negotiators from 195 countries are gathering in Lima for talks which end on Dec. 12, hoping to agree on a draft agreement to address climate change that will be adopted in Paris next December. Parties to the U.N. Framework Convention on Climate Change (UNFCCC) have already set an outside target of limiting global warming to two degrees Celsius over pre-industrial levels.

Energy-starved India is seen as one of the major obstacles to a deal as it is heavily dependent on coal-fired power plants and millions suffer regular power cuts. Alarming levels of pollution in the Indian capital over the last few weeks have raised fresh questions about the new rightwing government’s commitment to battle climate change.

But Javadekar said “climate change is a subject that concerns all of us” and that India had already set itself targets to increase its use of solar power. “We will tell the world in Lima with confidence about the steps we have already taken” to combat global warming, the minister added.