Indian Anger Over Lack of Employment 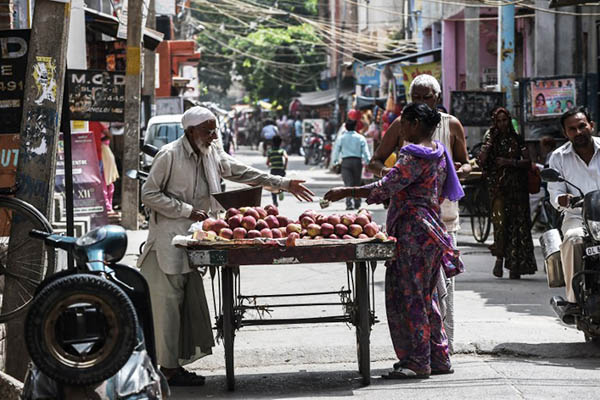 India’s economy expanded by seven percent in the last quarter, making it one of the world’s fastest-growing, but experts say violent protests over jobs in the prime minister’s own state last week are a sign many are still not feeling the benefits. They say that could spell trouble for Narendra Modi, who swept to power last year promising jobs, investment and a revival of India’s flagging economy after 13 years in charge of the prosperous western state of Gujarat.

Many hoped the prime minister could replicate his success in Gujarat across India, where nearly one in four people lives on less than $1.25 a day. But the huge turnout last week for a mass rally in the state to demand better access to government jobs and university places for the Patidar caste has raised questions over the success of the so-called Gujarat model on which Modi built his reputation.

With the Patidar movement threatening to spread to other caste groups in India, economist Sunil Kumar Sinha said a lack of employment prospects for young people appeared to be driving social unrest. “There has been a lot of trumpeting of the Gujarat growth model. But if this model was as successful as people thought, then agitation like we have seen by the Patels [Patidars] shouldn’t have happened,” said Sinha, a senior economist at India Ratings and Research. “The government might rightly say that it’s boosted the GDP number, or built roads, or provided power 24/7, but the bottom line is, can your model produce enough jobs? If not, protests will happen.”

Last week’s protests centered on the demands of the Patidars, a relatively well-off caste of farmers and traders, for caste-based reservations—long a sensitive issue in India. The country sets aside a proportion of jobs and university places for Dalits, known as “untouchables,” and for other so-called “backward castes,” under measures intended to remedy centuries of discrimination.

“Either everyone should get reservation or no one should,” said Hardik Patel, the movement’s young firebrand leader, who has vowed to hold similar protests in other major Indian cities.

Some observers say Patel’s own motives are more political than economic, and accuse him of manipulating local grievances over caste reservations to win popular support. But there is no doubting the authenticity of those grievances, which analysts say stem from a failure to translate economic growth into job creation.

Figures out on Monday showed India’s economy grew by seven percent year-on-year in the first quarter of the current financial year, matching China and outpacing most major economies.

Modi’s government has relaxed rules for foreign investors and has promised to slash red tape which has long frustrated overseas companies, eager to create jobs for the millions of Indians who enter the employment market each year. But Edward Rodrigues, an expert in social systems at New Delhi’s Jawaharlal Nehru University, argues that India has failed to adapt its workforce since liberalizing its economy in 1990.

“We never paid attention to producing a skilled workforce,” he said, contrasting India’s highly educated workforce with China’s skilled one. “It created an army of clerks for the state who lack skills to compete in a free market atmosphere.”

India’s unemployment rate was only 3.6 percent in 2013 according to World Bank figures, but underemployment is a critical issue and government jobs remain highly sought-after.

The scale of the problem was thrown into relief recently when 75,000 people, including qualified engineers, applied for 30 jobs with the Chhattisgarh state government as “peons,” whose duties traditionally include fetching tea and other menial tasks. The department head called the numbers “surreal” and said he had expected between 2,000 and 3,000 applicants.

Millions of workers in the private sector plan to strike on Wednesday to protest against low pay and a lack of job security. Among them are thousands of hawkers or self-employed street sellers who say they are not seeing the fruits of India’s growth.

“The youth of this country are aspirational, they want jobs,” said Dharmendra Kumar, president of the Hawkers’ Federation. “We are seeing a phenomenon of de-growth in the formal sector… the only option for people is to move to the unorganized, informal sector through self-employment.”