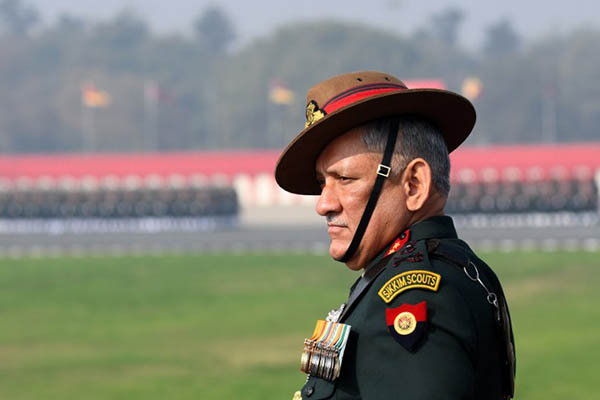 India’s army chief said on Thursday that gay sex and adultery would not be tolerated in the army’s ranks, months after a landmark court ruling struck down colonial-era prohibitions against homosexuality and infidelity.

After a decades-long campaign by activists the Supreme Court last year decriminalized Section 377—also know as “unnatural offenses”—and the adultery law from the statue books.

But General Bipin Rawat said the military would not permit such acts. “In the Army, it is not acceptable,” Rawat told reporters at a press conference when asked about the court verdicts. “The Army is conservative. The Army is a family,” he said.

India’s estimated million-strong army and other armed forces are governed by their own laws that restrict certain constitutional rights enjoyed by civilians. Under the Army Act, both homosexuality and adultery are punishable offenses, with jail terms of up to 10 years.

There are no figures on homosexuality in the armed forces. But media reports show that the army is increasingly concerned with adultery—defined as “stealing the affection of a brother officer’s wife.”

The accused are tried by army courts.

Last month a court martial found a Brigadier guilty of having an affair with a Colonel’s wife. He was dismissed from the service and sentenced to three years in prison.

In November, a Colonel was sentenced to two years’ loss of seniority after he was found guilty of having a romantic relationship with another officer’s wife.

India’s Supreme Court overturned the British colonial-era laws after campaigns by activists, who termed both laws as discriminatory and against the fundamental right to equality.

Section 377 was introduced in 1861 and carried up to 10 years in prison. Although it was rarely enforced, it was often used to harass and intimidate India’s gay community.

The adultery law carried up to five years jail time for a man found guilty of having sex with a married woman without the permission of her husband. The court had said the 158-year-old law treated women as “chattel of husbands.”