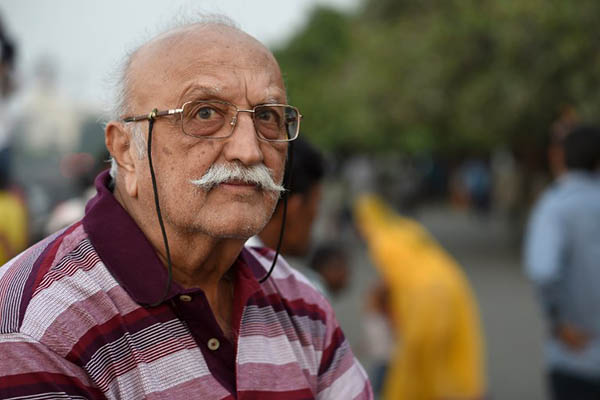 Vijaypat Singhania regrets gifting Raymond Group to son Gautam, who he claims kicked him out of company offices

Vijaypat Singhania thought he was keeping his billion-dollar Indian textile empire in the family when he gifted control of the Raymond Group to his son Gautam three years ago. But their relationship has disintegrated spectacularly since, with the father accusing the son of cheating him out of an exclusive apartment and of unceremoniously kicking him out of the company offices.

Vijaypat now bitterly regrets his decision, which he claims was made because of “emotional blackmail,” marking the latest in a long, long line of high-profile family feuds to scar corporate India.

The 80-year-old transformed a small textile business into a household name in India, and the Raymond Group today claims to be the world’s biggest producer of high-quality worsted wool suits. It is yet another success story for one of South Asia’s great entrepreneurial families—different branches of the Singhania family have interests in cement, dairy and tech.

India ranks third in the world for the number of family owned conglomerates, behind China and the United States, according to a recent Credit Suisse report. And with more than its fair share of power struggles and a new generation itching to take control, some analysts say the country needs more global corporate standards to better govern such businesses.

It may help avoid the kind of sparring that happened in the Ambani family.

Mukesh Ambani, currently Asia’s richest man, fought with his brother Anil for years over the Reliance conglomerate after their father Dhirubhai died without leaving a will. Hostilities were far more intense between liquor and property baron Ponty Chadha and his brother Hardeep, who killed each other in a 2012 shootout as they fought over their company. And assault accusations have flown between billionaires Shivinder and Malvinder Singh as they battle for the family pharmaceutical empire.

Vijaypat Singhania’s troubles started after he handed over his 37-percent controlling stake in 2015. Under a 2007 agreement to settle a separate family tussle, Vijaypat says he was supposed to receive an apartment in the Singhania family’s 36-storey JK House in the upmarket Malabar Hill area of Mumbai, India’s financial capital.

The price agreed was far below the market value of the flat—which is in the tens of millions of dollars—and Gautam advised the Raymond board against selling a valuable company asset. As the feud escalated, the board also took away Vijaypat’s “chairman emeritus” title, accusing him of using abusive language in letters to the company. And he claims he was physically removed from his office and his possessions—including a Padma Bhushan, one of India’s top civilian honors—were stolen.

Vijaypat, who says he has not spoken to his son in two years, now plans to test a recent Indian court ruling that allows parents to take back gifted property from their children under a 2007 law if they do not have their basic needs met. He describes handing Raymond over to Gautam as “the height of stupidity,” and the start of a campaign to oust him from the 93-year-old business he once helmed.

“I would advise parents everywhere not to make the mistake of giving away all your savings to your children during your lifetime,” said the elder Singhania, an accomplished aviator who in 2005 set the world record for the highest flight in a hot air balloon. But Gautam has said he was simply doing his job. “It was the right thing to do. My responsibility as a son is different from as chairman of Raymond. Here is a board member [Vijaypat] who is using his position of the board to take company assets,” Gautam told India’s Economic Times last year. “I am the victim. What have I done wrong?”

Raymond Group has apparently not suffered from the dispute. It reported a 50-percent profit rise for the second quarter of 2018, recently opened a major factory in Ethiopia, and is now exporting to more than 55 countries.

India’s corporate family quarrels need to be addressed, according to Pranav Sayta, a partner at the Ernst and Young consultants. “The business environment today is far more complex and the stakes are much higher,” he said. “Culturally too, youngsters today are more impatient and they want to have a say in the business affairs. Some global best practices have not been implemented fully in India,” particularly on separating ownership from management, he added.

And as was the case with the Ambanis and the Chadhas, succession and family politics are often at the core of these bitter disputes. “Family feuds were always there but in light of these factors their probability has gone up several notches now,” said Sayta. “The need to adopt best practices and put in place a clear and robust succession plan is more critical today.”

A new style of management made all the difference at Raymond, Gautam Singhania claims. “The whole game for me changed when I took shareholding control from my father,” he told the Economic Times. “I could take a lot of decisions to enhance growth which I was not able to do earlier.”